Zetwerk Makes Acquires U.S.-based Unimacts at a Valuation of $39 Million, To Strengthen Its International Operations 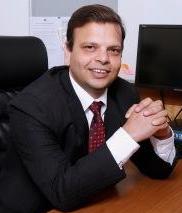 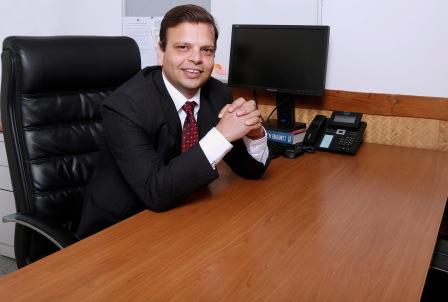 August, New Delhi: PAYBACK India, today announced the appointment of Gautam Kaushik as the new Chief Executive Officer (CEO) to further its journey as a growth-oriented and consumer-centric coalition loyalty program in India.

In his capacity as the new CEO, Gautam Kaushik will be spearheading the India operations and will be leading all the critical business areas including Strategic Business Planning and Development, Partner Management & Acquisitions and Customer Engagement. He aims to take PAYBACK to the next level with expansion across new service categories and customer segments. His primary focus would be towards driving engagement through new touch points and creating transformational customer experiences. Prior to joining PAYBACK, Gautam was working with American Express (AMEX) as Vice President (VP) and Chief Financial Officer (CFO), wherein he drove several potential acquisitions and strategic partnerships impacting critical business growth for AMEX in India.

Commenting on the appointment Mr. Gautam Kaushik, CEO PAYBACK said, “It gives me immense pride in taking up this new responsibility at a time when the loyalty industry is at an inflection point with digitization playing a disruptive role in influencing business dynamics and consumer engagement. I am truly excited and at the same time committed to formulating new and diverse ideas that will lead to fulfilling the business objectives of our partners and create delightful experiences for our members.”

PAYBACK’s effort and work has been acknowledged across multiple industry platforms. PAYBACK recently won awards for ‘Best Loyalty Program’ in the loyalty segment at the prestigious CMO Asia and ‘Best Big Data / Analytics Team of the Year’ Award at the Data, Analytics & Insights Summit and Awards in July this year.

It has also received awards for ‘Best Use of Partnership in a Loyalty Program’ & ‘Best Use of Customer and Data Analytics in a Loyalty Program’ during the 10th edition of the Customer Loyalty Summit held  earlier in January 2017 this year. PAYBACK was also awarded the ‘Best Customer Loyalty Program’ at the Retail Excellence Awards part of the Asia Africa GCC Retail & Shopping Centre Congress & Awards held in February 2017. At the 9th Loyalty Summit 2016, PAYBACK was recognized as Champion of Champions – Loyalty Program of the Year, along with ‘The Best Loyalty Team and Best Rewards Program’ at the Summit. It has been awarded as the “Best Loyalty Solution Provider” 2015 in e-Retail Congress., “Product of the Year” 2013 in the Reward Points/Loyalty Programs category, based on 18,000 consumer interviews, across 23 cities in India and the Retailer Customer Service Award for 2013 in the Customer Service-Business Services category.