New Delhi, 15th October 2016: Celebrating the tradition of love for rich and authentic cuisines, the iconic hospitality destination of Delhi-NCR, Radisson Blu MBD Hotel Noida is hosting the much-awaited Parsi Food Festival at their fine dining Indian specialty restaurant, Made In India from the 14th October till 23rd October. Introducing the Parsi cuisine to food enthusiasts, an exciting master class by Master Chef Kaizad Patel was held during the special preview at the award-winning restaurant today. 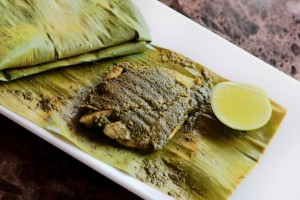 The menu for this ten day long culinary festival has been specially curated by Master Chef Kaizad Patel, with some of the most authentic and traditional signature dishes from the Parsi kitchen, including a great mix of both vegetarian and non-vegetarian delights, like Bhujeli Kaleji, Kid Gosht and Chapat, amongst many others mouth-watering delicacies. Parsi food has its roots in Persian and Gujarati cuisines and much of the food is a meat-lover’s dream come true. 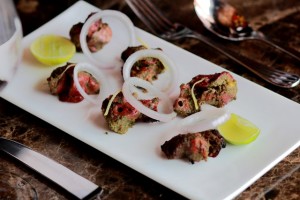 Commenting on the Parsi cuisine and the special menu for the Parsi Food Festival, Master Chef Kaizad Patel said, “Parsi cuisine is a mélange of different flavors and has an eclectic mix of hot and sweet, sour and spice. This delectable cuisine is deeply influenced by various parts of the country that the community has travelled to and its soul lies in the ingredients used to make the mouth-watering delicacies. We are delighted to bring back the traditional recipes and recreate the authentic flavors at the Parsi Food Festival at the Made In India restaurant in Radisson Blu MBD Hotel Noida”. 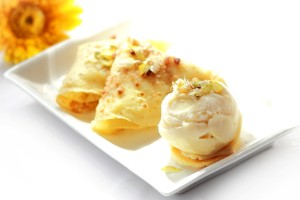 To indulge in an eclectic mix of hot and sweet, nice and spice, which sums up the Parsi cuisine, make sure you head to ‘Made In India’ restaurant, the home grown name popular for being the pioneers of traditional cuisines and reviving cultural heritage through the medium of culinary art.

How To Plate Your Food Like A Pro: Celebrity Chef Shailendra Kekade Reveals His Secrets At HyperCITY Budding Chef Contest Finale