Mumbai: Bulumgavhan, a remote tribal village with dense forest cover situated in the interiors of Maharashtra’s Amaravati district is beaming with joy.  As the 70 years long wait has finally come to an end. The villager’s dream of ‘ seeing light of the day’ has finally come true as it witnessed their homes lit up with electricity and commuting by public bus became a reality.

Since Independence, this village has been finding itself engulfed in darkness after sundown as the village did not have an electricity connection leaving 105 households with a glimmer of hope. In such dismissal situation CMRDF Anand Joshi from Maharashtra Village Social Transformation Foundation was deputed in the village where he stepped in as a “Ray of Hope” for Bulumgavhan village. He studied and identified about the critical conditions villagers were facing through a baseline survey of the village through which he identified the basic need of electricity in the village was missing, there on he decided to bring a new dawn of independence in the villager’s life. Anand is part of the Chief Minister Fellowship program under the aegis of Maharashtra Village Social Transformation Foundation, a mission to transform 1000 villages of the state.

Anand Joshi’s first task was to provide electricity to the village which was successfully completed under Prime Minister’s “Sahaj Bijli Har Ghar Yojana -Saubhagya” scheme. The scheme provides free electricity connection to all households in rural areas and also poor families located in urban areas. After rigorous follow-up with the Line Department and District Administration he was ultimately successful in providing electricity to each and every house of the village.

The next major challenge which our CMRDF came across was availability of Public Transport for the Bulumgavhan villagers. Under the able guidance of district collector he took endless efforts to bring “Laal Pari” available for the villager which was going to make their life more easy and accessible.

Digital Anganwadi was also one of his successful projects for the village. Where he took meticulous efforts to start digital schooling for the children of the village by using solar energy in order to educate them and secure their future.

Taking into consideration of the drought conditions of Bulumgavhan village, Anand Joshi decide to construct soak pits through the “MNREGA” scheme which also enhances the livelihood security of people in rural areas by guarantying 100 days of wage employment.

Elated by the new development the villagers held a special program as they distributed sweets, celebrating the illumination with local folk dance Gadli Sasul and erected welcome arches all over the village. They danced to the beats of Dhol-Damau and appreciated the effort of government administration and Chief Minister Rural Development Fellow Anand Joshi whose effort and commitment to the cause finally bear fruit.

Anand has been living in the village for the past one year and has been actively engaging with the villagers and have managed to mobilize people for community development and is one step closer of transforming the village into a model village. On the occasion, Honorable Guardian Minister Shri. Praveen Pote congratulated the efforts of Anand Joshi and appreciated the villagers for their unconditional support. He said, “Bulumgavhan village is the perfect case of people’s participation for development. The government’s vision is to develop model villages on various social indicators in the most remote parts of the state. I would like to thank the CMRDF- Anand Joshi, district administration and Grampanchyat for ensuring that the village sees light of the day and gets connected to various others parts of Maharashtra.  The CM’s vision of developing 1000 modern villages is indeed noteworthy. The entire program is for people of Maharashtra and I appeal villagers to take part in the transformation movement to bring about a positive change.”

Through this challenging journey Anand was mentored and supported by District Collector Shri. Abhijit Bhangar, IAS and Sectional Divisional officer Shri. Vijay Rathod. After scripting the success story of Bulumgavhan Anand Joshi, CMRDF said, “Today I can heave a sigh of relief. This light will not only enlighten the households but also act as a tool of transformation for the   present and the future generation. This is a collective effort of the government administration and the villagers. I take this opportunity to thank Maharashtra Village Social Transformation Foundation (MVSTF) , the Government officials and last but not the least the villagers of Bulumgavhan who have transformed this dream into a reality.”

Mr. Abhijit Bangar said, “Villagers should get access to basic amenities for their livelihood. Keeping this in mind, the development work that has taken place through Village Social Transformation Foundation is indeed noteworthy. Our focus is to develop all the villages and upgrade the infrastructure of villages that have been selected under ‘ 1000 village initiative’ launched by the Hon’ble Chief Minister. Our priority is to give importance to core issues like education, health and energy. Development of Bulumgavhan is going to be a landmark achievement in the transformation of rural Maharashtra.”

Speaking about the development, Mr. Ramnath Subramaniam, CEO, MVSTF said, “We are delighted to see smiling faces of the villagers. Our CMRDF- Anand Joshi’s pro-active approach once again reiterates our commitment towards transformation of rural Maharashtra with unique approach and initiatives. This re-affirms our focus on developing remotest villages of the state which are deprived of basic infrastructure and amenities. I would also like to thank and congratulate District administration, Grampanchat & CMRDF and the villagers for their collaborative efforts to achieve a major breakthrough.” 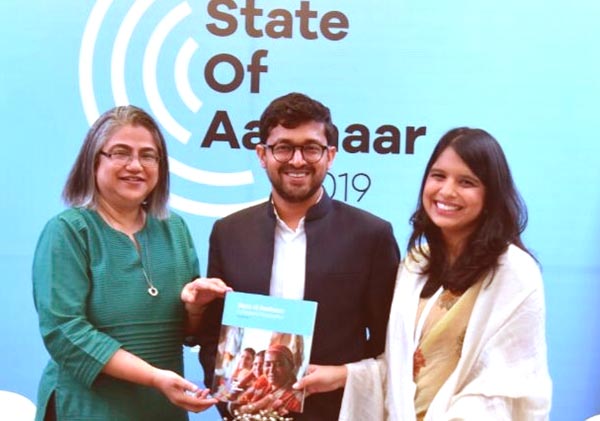 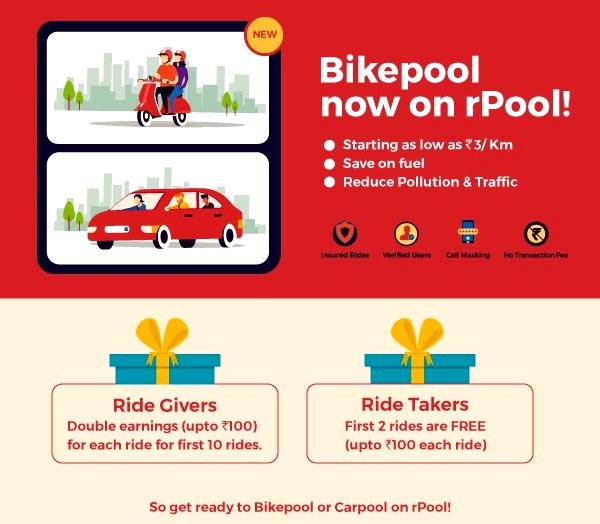 rPool now includes bikes along with cars to enhance the drive towards shared mobility in cities Targeted at office goers, bike …