BMC on alert after tremendous rise in COVID-19 cases 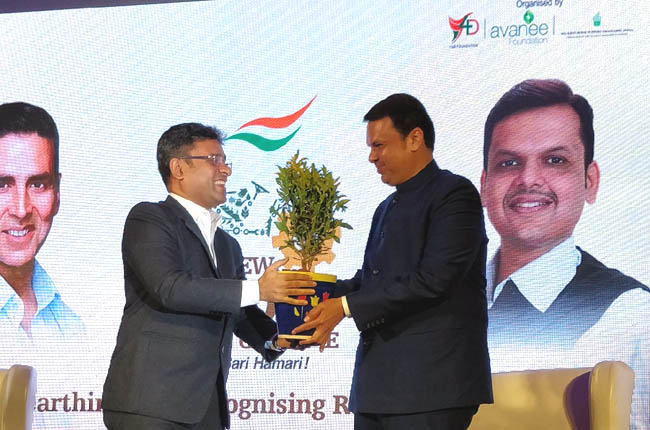 New India Conclave aims to give a platform to achievers, thinkers and policy makers with reference to rural transformation.

The evening also witnessed the release of the theme song for this initiative, followed by a series of insightful concepts addressed by the representatives of the various NGOs. Akshay Kumar who is well known for his stellar performances in movies like ‘Toilet-Ek Prem Katha’ and ‘Pad Man’, which focuses on rural development, also took the stage to share a few words on the occasion regarding this initiative.

The brand ambassador of New India Conclave 2018 Bollywood actor Akshay Kumar said, “During my travels in rural India in recent times I have observed that many heroes are silently driving rural transformation and I have played some of them in my movies. The New India Conclave Awards will play an important role in recognizing these achievers and their innovations which add to the holistic development of the country.” He reiterated that as a person he is solutions oriented and is thus enthused to support a positive initiative like this.

Adding to his thoughts, Hon. Chief Minsiter, Devendra Fadnavis wished every representative and Akshay Kumar, Happy Maharashtra Day and congratulated them for this initiative of the New India Conclave. He said that a lot of things are changing in different parts of the country.  And when we look at people who bring about such positive changes, with their efforts, then we must seek inspiration from them and join them in making a positive difference.

Mr. Praful Nikam, President Y4D said, “Mr. Akshay Kumar has become an inspiration for all those who are working to bring about rural transformation after his ground-breaking performances in movies celebrating the concept of rural development. He always stands behind various projects of social growth through his support and financial contribution. We are indeed fortunate to have him as the Brand Ambassador for the New India Conclave. Our sincere thanks to the Hon’ble Chief Minister, Shri Devendra Fadnavis for his support to the initiative.”