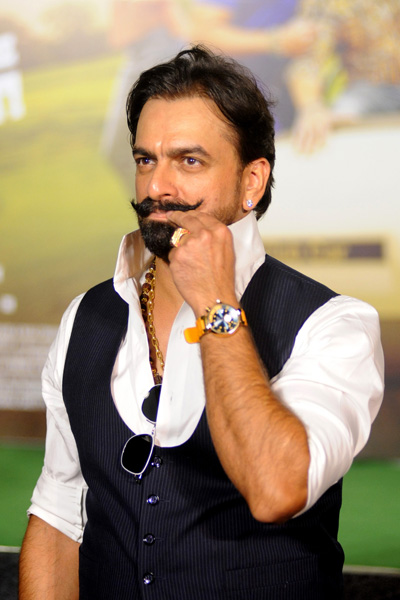 Jas Arora is over the moon! The reason is accolades being bombarded on him for his performance as the negative lead in the film “Freaky Ali” staring Nawazuddin Siddiqui, Arbaaz Khan and Amy Jackson

Jas Arora’s villainous look with a shrewd smile and a moustache has got thumbs up not just from the industry but also from the audience.

Jas Arora is being praised by constant messages and calls for his outstanding performance so far. Roped in a heavy duty negative lead by the director Sohail Khan,

Revealing his happiness he says “I am flooded with phone calls and sms-es ever since the release of the film. I am feeling elated. I had surrendered to the character completely. All I craved for was appreciation for my hard work. My belief has turned into a reality.” further adding “Doing good work is my only agenda, success and praises will therefore follow. I want to do good work in the industry”