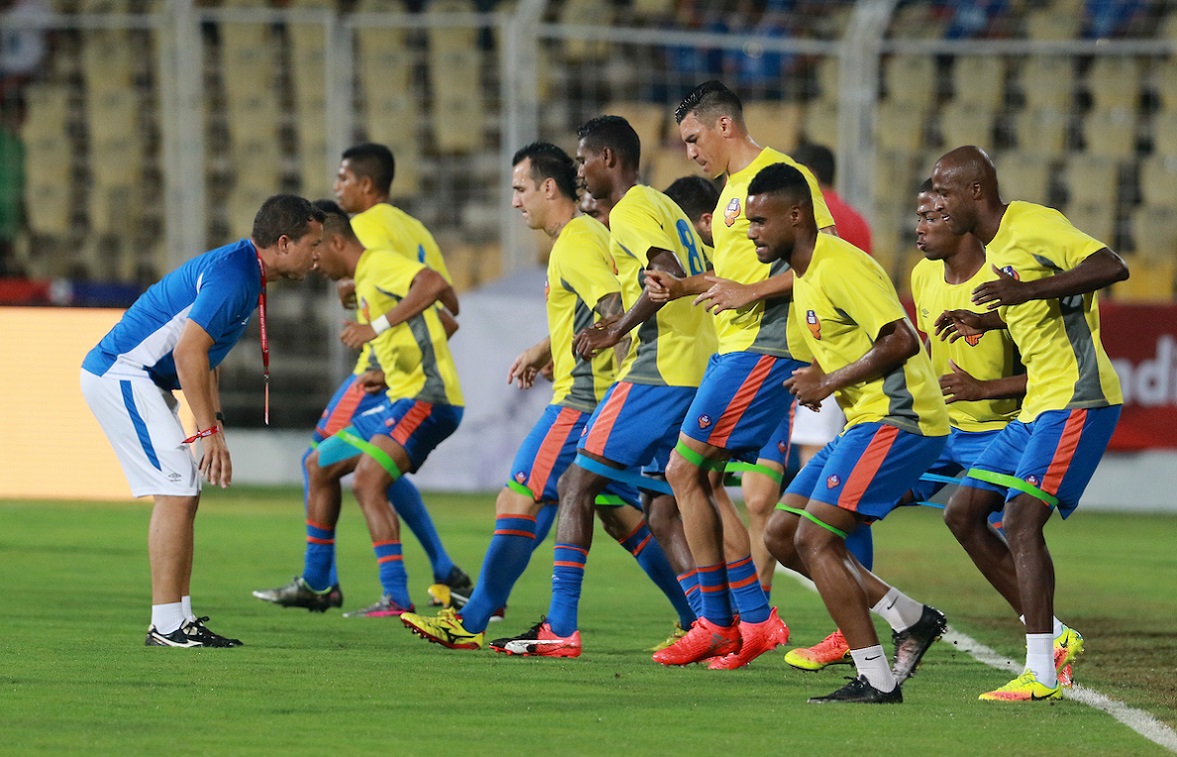 GOA: FC Goa chief coach Zico has set a target of 20 points for his team which he believes should be good enough to qualify for the semi-finals of the Hero Indian Super League. 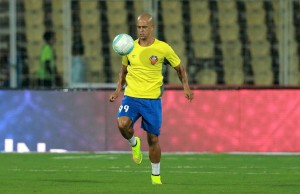 Julio Cesar da Silva E Souza of FC Goa warm up before the start of the match 8 of the Indian Super League (ISL) season 3 between FC Goa and FC Pune City held at the Fatorda Stadium in Goa, India on the 8th October 2016.
Photo by Vipin Pawar / ISL/ SPORTZPICS

FC Goa have just four points from their first six matches but the Brazilian coach is sure that the campaign can be back on track if they can manage a win against Delhi Dynamos at Jawaharlal Nehru Stadium, Fatorda-Goa, on Sunday.

FC Goa lost both their matches at home so far. A last-minute winner helped FC Pune City walk away with full points from Goa and in the last game, Kerala Blasters fought their way back for a victory after being a goal down at the break. Despite the setbacks, Zico is confident that his team has the ability to spark a turnaround. 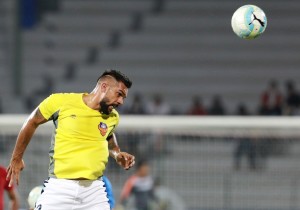 Robin Singh of FC Goa practise before the start of the match 19 of the Indian Super League (ISL) season 3 between Mumbai City FC and FC Goa held at the Mumbai Football Arena in Mumbai, India on the 21st October 2016.
Photo by Vipin Pawar / ISL/ SPORTZPICS

“I think not just this game against Delhi Dynamos but all matches are crucial. Judging from the situation we are now, it’s much more important to win now. We have the ability to win this game, finish the first leg with seven points and in the second phase, which is like a new tournament, get our campaign back on track,” said Zico.

For Delhi Dynamos, this is also a must-win match after Gianluca Zambrotta’s side remained without a win for the last five matches. Delhi Dynamos started the ISL with a flourish as they dethroned Chennaiyin FC 3-1 in Chennai but since defeating the defending champions, they have only managed four points from their last five matches.

“I am not frustrated with our situation. It’s important for us to maintain a good attitude and remain positive. If we continue in the same manner, we will have good results,” said Zambrotta. 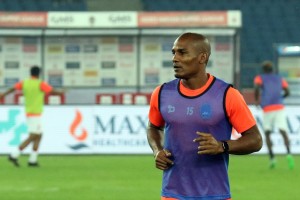 The Italian coach understands the battle he has on his hand, especially against FC Goa who are equally determined to have another victory under their belt.

“We know that Goa wants to win this game which will help them stay in contention. It will be an interesting match,” said Zambrotta.

A win for Delhi Dynamos will take them to the top four with 10 points and ensure they are within close distance of the first three teams. A win for FC Goa, on the other hand, will just help them above FC Pune City in seventh place but Zico knows the win can be a catalyst when the second phase kicks off.

​ FC Goa steal a point against ATK in fiery encounter