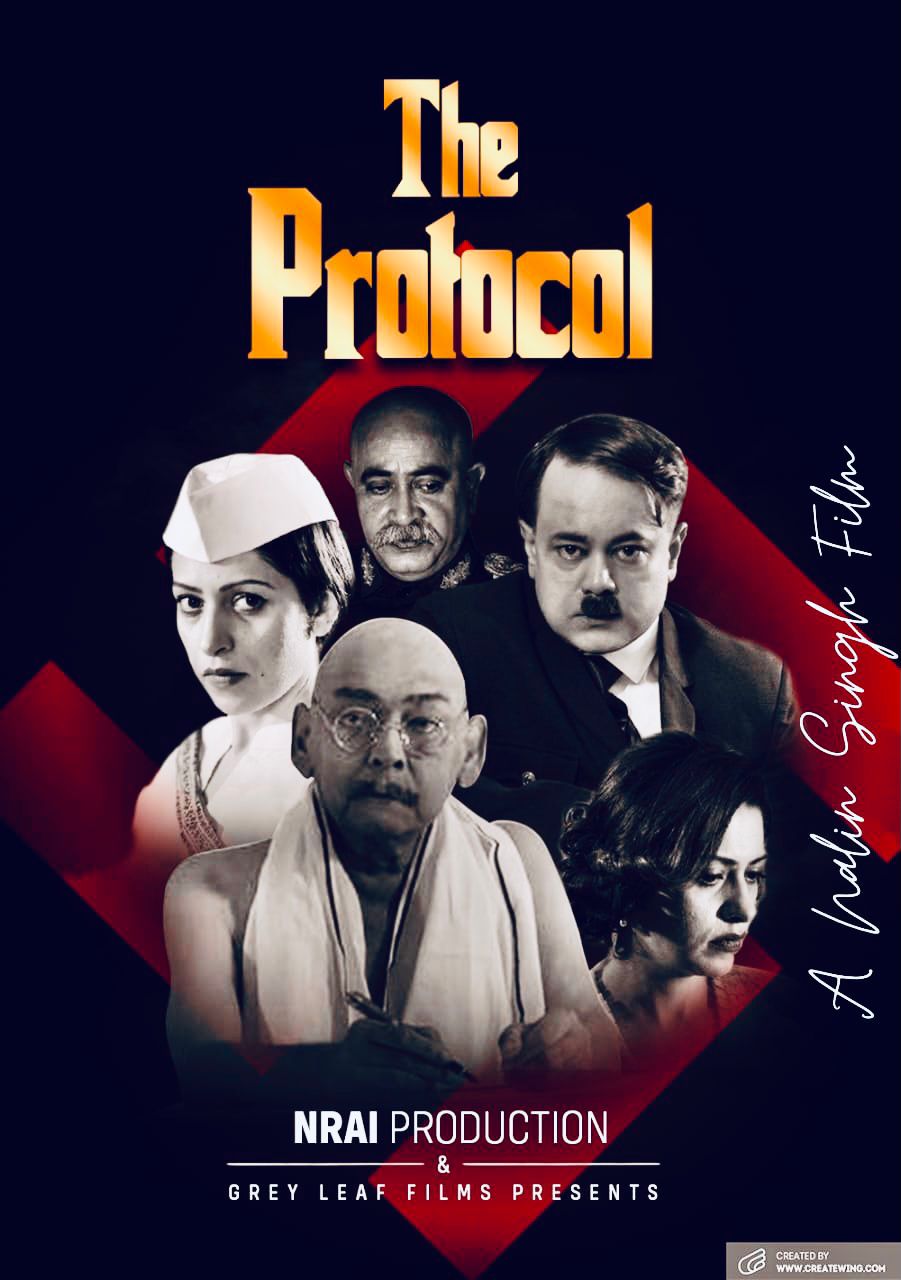 With the Russo-Ukraine war, the debate of violence and non-violence has intensified once again around the world. Both sides have their own line, different ideology. This clash of ideologies is a process which goes on continuously. Their review and evaluation also goes on according to the time and time. There is a large number of people who want peace, non-violence and democracy all over the world. But there are no less people who are tempted by dictatorship, violence and war. That is why even today, along with those who consider Mahatma Gandhi as their ideal; there are also a large number of people who find their ideal in Hitler. Mahatma Gandhi and Adolf Hitler are two such famous personalities of the world, who have been defined by various filmmakers in their own way. Nalin Singh’s new film ‘The Protocol’ is also in discussion due to similar subject matter. Actor, producer, director and script writer Nalin Singh has brought a very challenging subject matter to the screen with ‘The Protocol’. This 25-minute short period film portrays the clash of two polar ideologies of Gandhi and Hitler on screen with utmost seriousness and honesty. ‘The Protocol’ is produced by NRAI Productions. Three other short films of the same production A Squad, Rum with Cola and Calling Chaddha are also releasing on OTT platform Hungama.com and Vi Movies on March 26 along with ‘The Protocol’. These movies will also come on MX Player in the first week of April.

Prior to this, Nalin Singh has made famous films like My Virgin Diary, Indradhanush, and Gandhi to Hitler and A Night before the Surgical Strike, which have been well received by the audience and critically appreciated.

Made especially with the Indian audience in mind, the film revolves around the two main characters of the story, Mahatma Gandhi and Hitler. The ideological differences between Gandhi and Hitler have been depicted in the film. Director Nalin Singh has tried his best to do justice to both the characters. The film shows how Mahatma Gandhi influenced the thinking of a large population with the power of his mind, while Hitler ruled a part of the world on the basis of violence. On one side is Gandhi, who believes in changing people’s minds and non-violence; while on the other side is Hitler, who believes in taking lives and violence. The film also brings forth the thinking and power of non-violence of Mahatma Gandhi, where after India’s independence Gandhi became known as the Father of the Nation and openly assimilated his principle of non-violence to the world.

Throwing light on Hitler’s life, the film shows how he married Eva Braun in his last days and left a letter to his supporters. Through ‘The Protocol’ Nalin Singh talks about the conflicting philosophies of two powerful men of the world. Akash Dey as Hitler and Priya Ranjan Trivedi as Gandhi in the film. Poonam Jha Chugh will be seen in the role of Eva Brown.

Discussing the film’s motive and social message, Nalin Singh says, “This film is an attempt to strengthen democratic principles across the world, thereby focusing on the dream of a united India. Beautiful dream can be turned into reality only through love, non-violence and harmony. India is a country with different cultures and religious beliefs. Through the film, we want to tell that only with love and harmony we can establish constitution and democracy in the country. That’s why today the whole world needs to adopt peace and non-violence. Our film is a small effort in this direction.”

Contrasting views are presented through the facilitator’s comments and visuals in ‘The Protocol’. It is to be hoped that this Nalin Singh film will prove to be an unbiased document evaluating the era that changed world history and world politics.

Related Topics:The Protocol
Up Next