SundayTech partnered with Crowdwisdom360 states: If given a chance 92% of people are keen to set up a start-up venture after 40

The most successful Mumbai edition in the series: LED Expo Mumbai 2022 makes a blazing comeback

ARTPARK concludes Robotics Challenge, more than 134 teams across India participated in the competition to showcase innovations in the field of robotics

Mumbai, June 2022:  While the common perception has been that it is youngsters who set up Startups (largely driven by popular imagery), various new studies have shown that the 40+ founder is far more successful (as much as 3 times more likely to found a successful startup). This can be attributed to the vast experience in managing businesses and also in being more mature to handle the various people and business realities.

To understand the potential in this segment as startup drivers, Sunday Tech partnered with Crowdwisdom360 (A Global Tech Based Predictions and Forecasting publishing company which operates crowdwisdom.live) and conducted a study to understand the attitude amongst the 40 to 55 age bracket in India (mostly Gen-X born between 1965 to 1980) towards entrepreneurship and also understand the motivations and the barriers.

Sunday Tech was also keen to understand the potential of this sector from a funding perspective as domestic capital could be far better utilised with founders who are likely to give a better return of domestic capital as against foreign capital and could provide a direction to the government in its start-up policies.

The findings have been very insightful. The survey was conducted amongst working professionals in the 40 to 55 age bracket (Gen-X). With more than 1500+ entries submitted their responses and some of the top line findings were

– 65% said they already have a business idea

– Interestingly, one of the biggest help this segment felt could be n infrastructure that helps them build their startup while they are still working with 90% respondents saying that they would immediately jump at any opportunity to start their venture while still working. 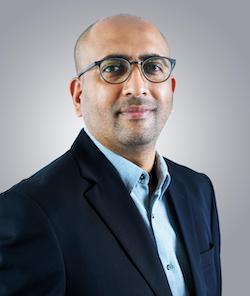 According to Joseph George, Founder Sunday Tech said, “Having enabled multiple start-ups over the last 10 years, we have seen the high potential that Gen-X founders bring to the table. Many have phenomenal corporate experience and are able to build businesses with limited funds and be far more capital efficient. The findings from our study have been very encouraging and have  helped us identify motivations and gaps which if addressed can foster the next set of entrepreneurs who found businesses that don’t just survive on funding, but also build stronger foundations on the basics of what this age group has lived their professional lives – happy customers, cashflows and profits. We hope to play a small part in India’s startup story by enabling entrepreneurs whose businesses don’t just depend on global funding sentiments. We are now actively looking at addressing the huge opportunity in the 40+ segment and we are convinced GenX holds in the future for entrepreneurship in India.”

“If one minutely observes the success stories of successful start-ups, the ‘power of execution’ was the game-changer and was always at the core. The Indian startup ecosystem has more than 50 unicorns, of which 10 are founded by seasoned entrepreneurs who are 40+. Five of these startups entered the coveted unicorn club in 2021. When it comes to tech startups, many envision young techies and founders at the helm of such companies. However, age is not a criterion for startup unicorns.” Further concluded Mr. Joseph

The most successful Mumbai edition in the series: LED Expo Mumbai 2022 makes a blazing comeback