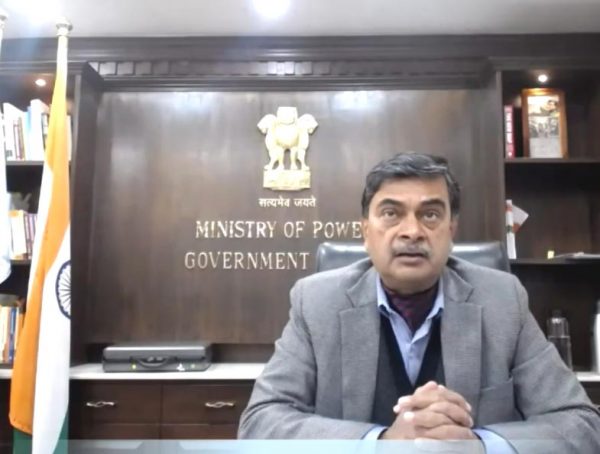 New Delhi, December 18, 2020: In a significant development and in line with the commitment to skill development and vocational training, the Ministry of Skill Development and Entrepreneurship (MSDE), Government of India, the Ministry of National Education and Youth, Government of the French Republic and Schneider Electric, today announced the inauguration of  first Center of Excellence (CoE) for skill development in power sector in the campus of National Institute of Solar Energy (NISE) located at Gwal Pahari, Gurugram (Haryana) to create a robust cadre of certified trainers and assessors across the country.

The CoE has high-end modern labs designed keeping in mind the future technology, which will further strengthen India and France’s relationship in energy sector. Union Minister of State for Power (I/C), New & Renewable Energy (I/C) and Minister of State for Skill Development and Entrepreneurship, Government of India, Shri Raj Kumar Singh inaugurated the Centre of Excellence virtually today, in presence of guest of honour, Mr. Daniel Maitre, Minister-Counsellor for Economic and Financial Affairs, Head of the Regional Economic Department for India and South Asia.

The establishment of CoE is a result of the MoU signed earlier between MSDE, Ministry of Education-France and Schneider Electric. Further, an operational MoU was signed between National Skill Development Corporation (NSDC), Schneider Electric India Foundation (SEIF), Power Sector Skill Council (PSSC) and National Institute of Solar Energy (NISE) for establishment of the centre, and to undertake high level training and skill development in the field of power and solar.

Inaugurating the CoE, Shri. Raj Kumar Singh, Union Minister of State for Power (I/C), New & Renewable Energy (I/C) and Minister of State for Skill Development said,” India is taking rapid strides to move towards renewable energy to accelerate economic development, improve energy security and energy access while mitigating climate change challenges too. Our success in achieving all of this demands for a rich pool of workforce in the energy sector to propel India to become one of the top leaders in the world’s renewable energy market. Sustained efforts towards boosting the growth of renewable energy sector will play a significant role in helping us inch closer to fulfill Hon’ble Prime Minister’s vision of ‘Aatmanirbhar Bharat’. Our partnership with Government of France for instituting the Centre of Excellence is another shining example of cooperation between the countries to achieve their long-terms energy goals.”

The CoE will focus on creating a pool of highly skilled trainers and assessors for further training to increase employability of candidates in the field of Electricity, Automation and Solar Energy Sectors.  The centre will design and deliver Training for Trainers, Instructors, Training of Assessors and other high-end program in the power and solar sector.

Speaking on the occasion, Anil Chaudhry, CEO- Schneider Electric India Pvt. Ltd. & Zone President, Greater India, said, “I am delighted at the commissioning of this centre in partnership with the NSDC, NISE and PSSC and extend our gratitude to the Ambassador of France to India, for being a part of the design, conceptualization of the Center of Excellence and sharing best practices. It becomes imperative for each of us as stakeholders to come together, identify and align ourselves with the government’s vision towards reducing the skill gap and achieving an overall growth of the power sector.”

Established in an area of 4,000 sq. ft., the project received contribution of land from NISE to host the CoE at their campus. The CoE will be equipped with two labs, which have been set up by Schneider Electric as a part of its CSR initiative. The Advance Electrician Lab is equipped with specially designed instruments for training in home and building, and industry installation and automation. The Solar Lab will provide hands on practical training on latest technology in solar area. With the launch of CoE, online training of assessors will commence which will include trainers from all over the country. In addition, training of youth is also being considered in the center. Power Sector Skill Council, which will be managing the operations of the centre, has also developed necessary learning contents for various job roles in generation, transmission, distribution and downstream sub sectors to facilitate learning.  The Department of Education, France– deputed an expert to India for three years to conceptualise, design and head the proposed CoE. He has contributed by proposing the layout, guidelines, and best practices in electrical domain.  National Skill Development Corporation has been a facilitator to all the stakeholders and is providing professional guidance for the project.