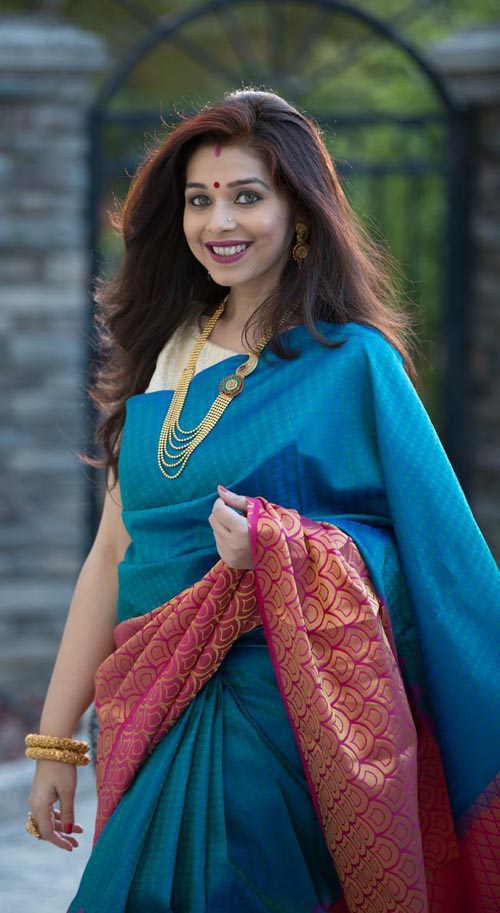 Rabindra Sangeet has inspired artistes of all generations over the globe. From a very young age, Simantinee was always inclined towards music and her passion got wings when she performed for the very first time at All India Radio as a child artist and was recognised for her talent. This motivated her to curate music that was close to her heart and culture. While the music video was shot at her home, the overall setup showcases her love for true heritage in a black saree, singing. Written and composed by Rabindranath Tagore, “Amaro Porano Jaha Chaye” is a melancholic love song, music is re arranged by Sayan Ganguly

Simatinee Roy has always believed that music has not borders and limitations. It has played an integral role in her existence and with a vision of spreading the awareness about the roots of traditional music, her creations are focussed on soulful melodies with a contemporary touch to fit the vibe of day and age.

Sharing about the song, Simantinee says, “Being a Bengali Rabindra Sangeet is inbuilt in our DNA. My journey as an artist started with my Tagore based song performances and later, I took formal training with my Guru ji Late Shri Samir Das at Surjharna, Tripura”.

Simantinee’s vision is to spread Bengali Music through her independent work. She is already working on her upcoming original compositions and is also planning on her other Bengali music initiatives which would involve other talents which she would be disclosing in the coming time.