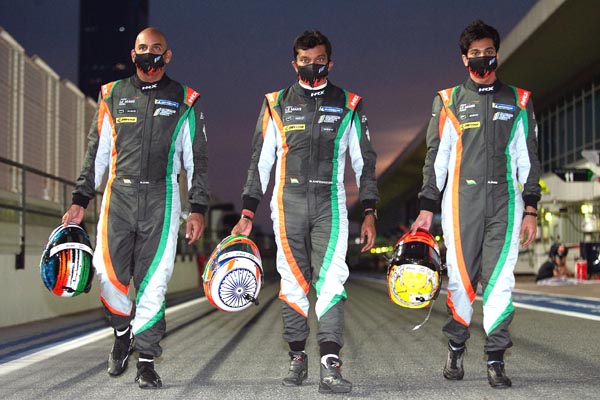 March 10, 2020: Racing Team India is set to become the first all-Indian-driver team to race in the iconic 24 Hours of Le Mans, after having been granted a provisional entry for this year’s edition of the twice-round-the-clock classic.

The team, which features an all-Indian driver line up of Narain Karthikeyan, Arjun Maini and Naveen Rao, will compete in the LMP2-AM category of the iconic race.

The #74 car will be prepared and run by Eurasia Motorsport, making it a true-blue Asian effort.

Padma Shri Awardee and India’s first Formula One driver Narain Karthikeyan said, “This is a proud moment not just for our team, but for our nation as a whole. Racing at Le Mans with an Indian team is a dream I have nurtured since 2009 when I first visited the Circuit de la Sarthe. I would like to thank all of our sponsors and partners, and especially the ACO and the Asian Le Mans Series team, without whose support this wouldn’t have been possible. It’s been a long time coming but finally we’re all set to put Indian motorsport on the global endurance racing map.”

Racing Team India was formed in 2021 with the express aim of becoming the first Indian team to race in the 24 Hours of Le Mans.

The team made its racing debut last month, competing in the Asian Le Mans Series where it finished fifth in the standings.