Raaho expands its operations in West India with Bhiwandi

Sterling and Wilson Solar Solutions Inc. signs MOU with the Government of the Federal Republic of Nigeria

Mumbai, 18th September, 2022: With growing demand for intercity trucks owing to the upcoming festive season and the JNPT traffic, Raaho – India’s fastest growing digital freight network – has launched operations in Bhiwandi in the West, in addition to its existing offices in Pune and Gandhidham.

Bhiwandi primarily handles shipments of consumer goods, tyres, packages, electronics, imported goods, and raw materials. Trucks from Bhiwandi can go to the NCR (Gurgaon, Delhi, Noida, and Ghaziabad), Kolkata, Guwahati, Hyderabad, Chennai, and Kochi in the south, and Bangalore in the west. Some other shorter routes that have registered traction are Bhiwandi to Pune, Nagpur, Ahmedabad, Goa, and Indore. 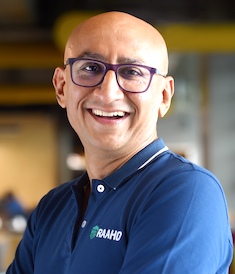 Jawaharlal Nehru Port Trust – Nhava-Sheva (JNPT), India’s biggest and busiest container port facility, feeds freight to Bhiwandi, with 1500+ warehouses. The entire area operates a business of more than 20,000 crore a month. With Bhiwandi under Raaho’s network, it is expected to contribute significantly not only to the businesses from the western region but nationally.

Imthiaz, CEO & Co-Founder, Raaho, said, “We already have a cross-country digital freight network and a pan-India presence. The addition of Bhiwandi to the network caters to the rising demand of the western region. Bhiwandi is geographically well placed in the region and is the center of many shipment movements. It will not only help us serve our partners based in the western region better but also become a gateway to the landlocked north.”