Let Us Help You Get Through The Pandemic With Khayal !

July 11, 2020, Mumbai – Building on his reputation as one of the most promising young Indian artists of
his generation, singer-songwriter Abhijeet is ready to release his 1st ever collaboration with internet
sensation, Prateeksha Srivastava. Abhijeet and Prateeksha’s lives have been deeply intertwined
since they were both contestants on the popular show Sa Re Ga Ma Lil Champs 2009. Having
come a long way since then, their independent music careers have blossomed with several
achievements in their kitty. Their latest single Khayaal has been made available through Springboard
Records.
Khayal is another splendid addition to both their repertoires; in Abhijeet’s case, songs which include
Musafir, Safar and Sifaarish in addition to his Bollywood playback oeuvre of “Chashni,” “Akela,” and
“DilDiyanGallan”.
Prateeksha and Abhijeet, have collaborated melodically and intellectually to give us “Khayaal”, a song
that elaborates on the passion and longing between two lovers. Khayaal is an ode to the deepest care
that one can have for one’s loved one. The song revolves around the emotion of wishing well for
loved ones even while sitting across the world from each other. Knowing that lovers live in each
other’s hearts and that no distance can tear them apart; instead only brings them closer, Khayaal has
been written as a romanticized version of love of care.
This song acquires great significance during these pandemic and lockdown times where many are
physically distanced from each other due to circumstances beyond their control. Speaking on the
release, Abhijeet commented, “With the recent COVID-19 crisis, people across the world are facing
issues of distance from loved ones, mental stability and sanity. We have come together to give a
romantic angle to care and concern; knowing that love only grows stronger with very passing day and
we bless our loved ones with good thoughts and wishes always. Prateeksha is a long-time
collaborator and it is our 1st release together and we are both very excited for it. I am grateful to the
team at Springboard Records and my mentor, Ashish Manchanda for his support right from the start.
The song has been produced by my batch mate at The Media Tribe and a very close friend, Gibson
George and co-produced with close collaborators Aman Moroney and Calvin Cavern from Boon
Castle Media &amp; Entertainment. I am confident that Khayaal will delight people across the globe and
bring a new light of wisdom and good wishes in their hearts!”
Hailing from Lakhimpur, a town near Lucknow, Abhijeet has turned his passion for music into one of
the most inspiring success stories in the Indian music industry. He’s recognized as a hitmaker with
four Bollywood songs to date, two of which have made it to the top-ten list on JioSaavn. He counts
global artists such as Arijit Singh, Sonu Nigam, Charlie Puth, Justin Bieber, amongst his inspirations
and aims to create unique melodies that resonate with his fans by combining Indian and Western
sounds.
Prateeksha on the other hand has made her contribution in setting the Guinness World Record for
creating the largest cinematic band on earth; being amongst the prime 8 singers in it. She has
released music with both Zee Music and Times Music in the past. She derives inspiration from
renowned singers like Mehndi Hasan, Ghulam Ali, Chitra Singh, Ariana Grande, and James Arthur.
The song has been beautifully penned by Shayra Apoorva, a young talented lyricist from Lucknow.
The video is made by Vinay Pittampally, who’s a visual designer and illustrator from Hyderabad.

Lifestyle
Enhance the aura of every Expression with a Sensation! Pergo introduces Sensation 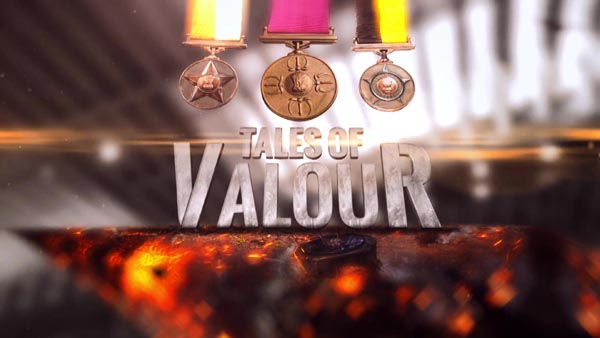