Angel One records robust growth across business parameters, with a client base expanding to 10.75 million 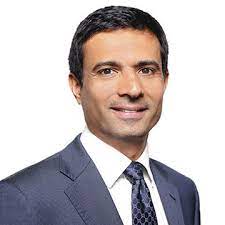 Mumbai, 27, June 2022: Many Indian businesses have been excluded from expanding into the UK after the introduction of a new immigration system. Several visas popular with Indian nationals have been cancelled and newly introduced visa routes aimed at poaching talent from other nations are proving restrictive for many investors.

Now London best law firm, A Y & J Solicitors has developed a scheme called ‘self-sponsorship’ that offers a lifeline to genuine, reputable Indian entrepreneurs who are unable to get work visas through any of the UK Government’s pre-existing routes. The scheme allows entrepreneurs to set up a business in the UK, and then sponsor themselves to move to Britain and work for their own company.

Mr Yash Dubal, Director of A Y & J Solicitor explained, “Self-sponsorship is an innovative idea that hardly anyone knows about but that can be the perfect solution for entrepreneurs who are hampered from taking other routes to international expansion in the UK.”

The idea is designed to help those who are serious about setting up bona fide businesses in the UK but who were precluded from doing so when the Tier 1 (Investor) visa route was cancelled in February this year or who do not qualify for other more restrictive visa routes, such as the Innovator and Start-up visas.

The self-sponsor route has been marketed as a way of overcoming restrictions and is open to a much wider pool of international entrepreneurs and investors than covered by previous and current routes.

To self-sponsor, Indian investors must first establish a UK company through which they can then employ themselves. The scheme is possible because foreign nationals are allowed to set up UK businesses. Once the business is established, it can apply to the British Home Office for a sponsor license, which then enables it to employ foreign workers on a Skilled Worker visa. As a legally recognized entity, the business can then employ its owner, who can then work for it legally in the UK.

The scheme is designed to predominantly appeal to investors who were stopped from moving to the after the Tier 1 (Investor) Visa route was cancelled in February this year over concerns it was being abused by money launderers.

Related Topics:A Y & J SolicitorIndian business in the UK
Up Next