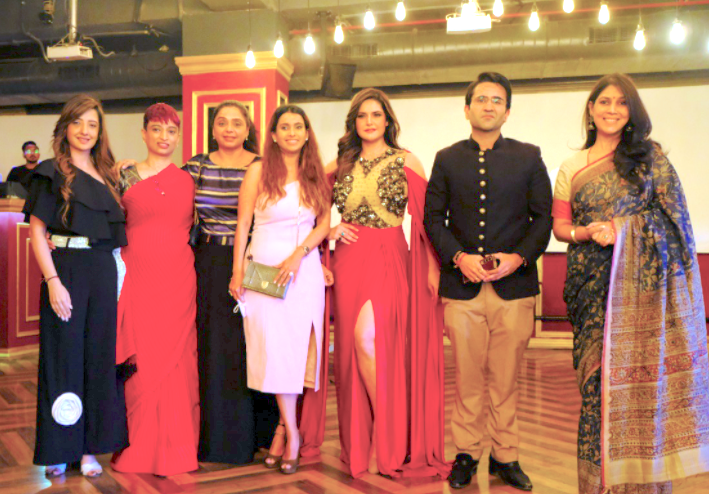 Mumbai 19th December 2021: Ever since its formation on 23rd August 2021, Delphic Council of Maharashtra has been a flag bearer when it comes to six major Arts categories. With International Delphic Council completing 27 years, the Maharastra Delphic council took it up to themselves to launch their first magazine “Reflections of Maharashtra” by the talented Shreyas Talpade. Along with the magazine, the Delphic theme song was also launched. The song is composed by Fuzon and sung my various artists from India, Maldives and Egypt. Song launch was done by very talented Ms. Shreya Sharma who has also sung the song. Highlight of the song was 5 years old singer prodigy from Sikkim Ms. Esther Hnamte who has also sung the song beautifully. 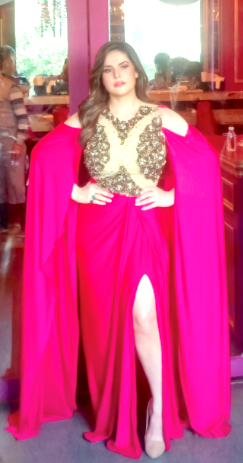 The event kickstarted with the renowned violinist Sunita Khaund Bhuyan, followed by a fun collaborative Video by Korean Artists. They together put across a fusion song performance where Korean duo sang a Hindi song and a famous Korean song, The evening turned poetic with the talented actor Sakshi Tanwar along with Guru T Ladakhi reciting poems and the glamour quotient of the event was provided by a fashion show by Amy Bilimoria and Zareen Khan was there as the showstopper. Delphic Nation Song was launched by Shreya Sharma.

Talking about same Shri Sahil Seth IRS , President Delphic Council of Maharashtra says: being part of Delphic has been an eye-opening journey for me and in past 6 months we have been able to align with many art lovers and artists and we realized there is so much more to do. Today’s event was just a curtain raiser of our future plans and everyone can look forward to many path breaking activities and festivities in every part of Maharashtra.

Talking about the same Zareen Khan says,”I am feeling elated to be part of 27 years anniversary celebrations of International Delphic council . As an artist myself I totally support this platform which is working towards giving creative people global platform.”

Talking about the same Sakshi Tanwar says: Happy to be a part of Delphic council Maharashtra. Hope this becomes a landmark movement in nurturing and promoting the arts and culture of our country and spreading peace and harmony throughout the world.

This year in August the council was launched with the presents of Shri Bhagat Singh Koshyari, Hon’ble Governor of Maharashtra. At launch, the logo was symbolised as ‘WATER’ as a metaphor of Peace through the arts.

A Little about the Delphic Games and the Delphic Movement  : The International Delphic Movement is a non-government, non-profit, non-political, non-sectarian, non-religious organization. It is the only such platform in the world to nurture and promote Arts and Cultures as a means to peace and harmony amongst peoples and races. The Delphic Games were born in ancient Greece 2500 years ago as the twin-sister of the Olympic Games. They are to Arts & Cultures what Olympic Games are to physical sports. In the past, India has participated in 3 editions of the Delphic Games in various countries and bagged gold and silver medals in South Korea and Malaysia.

The International Delphic Council is a voluntary, not-for-profit, non-political, non-religious, non-sectarian global movement for arts & cultures; with the aim of fostering engagements in the various arts forms amongst people of different races and cultures through the world’s only common floor for the arts called the Delphic Games.

Since revival, the Delphic Games have been hosted in Georgia, Russia, Malaysia, South Korea, Philippines, Germany, and South Africa while other festivals of cultural significance have been organised elsewhere in the world. International Institutions like UNESCO, Council of Europe, ASEAN, and such, have endorsed the various editions of the Delphic Games at various times.

First of its kind accelerator and incubation platform mach33.aero is launched in a unique public-private partnership