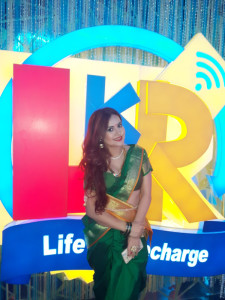 The singer & performer who earned her name with her lovely voice in the chart buster “I’m The Only Sexy Lady” & exhibited her acting skills in telly shows Ishq Unplugged & Comedy Classes is back on the small screen in a completely new avatar. Yes, you heard it right! Actor & Singer Liza Malik, who has already made a significant mark in the Indian Music, Fashion & Bollywood industry, gears up to play ‘Cellular Bai’-a Maharashtrian tech-savvy & modern woman on the comedy show Life Ka Recharge on &TV.

With a huge amount of creative work on her palate, Liza Malik desires to capture the essence of the craft and wishes to take her career graph a notch higher with every show that she does. Constantly pushing herself to do better and to ensure the success of her shows, the singer and actress leaves no stone unturned to make the shows a grand success. 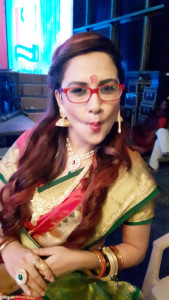 Liza Malik ecstatic about trying different roles and setting a new benchmark with every role she plays, gears up to turn the tables over in her next telly show- ” Life Ka Recharge “- a comedy show on &TV

Talking about her character in the show, Liza says, “I’m playing the role of a tech-savvy typical Maharashtrian woman named ‘cellular bai’- a high tech bai who’s fashionable & up to date with social media. There are four main characters in the show- Vikalp, Mintoo, a chacha & cellular bai that I’m playing and all the three male characters are swept head over heels in love with cellular bai.” Liza Malik’s episode will be aired this coming Thursday onwards.

On being asked more about the show she states that it is based on social media and all the jokes and gags cracked on the show revolve in & around social media. Life Ka Recharge is loosely based on the lines of Comedy Nights, Comedy Circus but the difference being that there are no celebrities in the show. Instead, live videos and photos which go viral on digital media are showcased here. The audience and fans can also send the funny videos which would be shown during the show.

The shooting for the show takes place every month for ten days at Zee Studios in Jaipur. Says Liza Malik, “It has been difficult and equally interesting at the same time for me to shoot the whole schedule because I am nowhere related to Maharashtra and I don’t speak the language. Since my character is that of a Maharashtrian bai, so the dialect that I’ve picked up was a little difficult learning but I had fun playing it.” 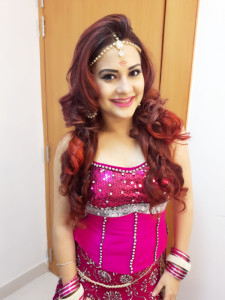 THE SOUL OF SUFI! Sufi night at R- ADDA