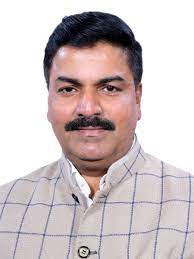 Mumbai:- A 33-year-old Dubai-based woman has sought the registration of a First Information Report against Shiv Sena MP Rahul Shewale, accusing him of raping her under the pretext of marriage, and also tweeted her complaint to Maharashtra Chief Minister Eknath Shinde. Dismissing her allegations, Shewale, who belongs to the Shinde-led faction in the Sena and is now the new group leader of the party in the Lok Sabha, approached the cyber cell of Mumbai police and demanded an FIR against her for allegedly uploading a defamatory video and letter on social media.

Shewale’s wife Kamini termed the woman’s allegations a “deliberate conspiracy” to tarnish the image of the Mumbai South Central MP. In her complaint, the woman, who runs a textile business, alleged that Mumbai Police had not registered the FIR despite recording her statement.

She alleged in the complaint that Shewale had been “emotionally and mentally exploiting her” and raping her since 2020. Shewale established physical relations with her after telling her that his relations with his wife were strained; he promised to her marry her after divorcing his wife, as per the complaint.

“The MP used to invite me for dinner at the MP House in Delhi whenever I used to come from Dubai. In October 2021, I posted a video and photo of me and Shewale on Instagram, following which he lodged an FIR against me in Sharjah and I was arrested. I spent 78 days in jail but I was acquitted later,” the complainant woman told sources over the phone on Tuesday.

Ranbir Kapoor’s Return To Screens with ” Shamshera ” After his marriage