Understanding the difference between Sensex and Nifty 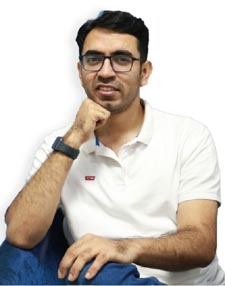 So, Sensex has crossed the 51,000-mark and the news channels cannot stop talking about it. Well, there’s also a reason behind their frenzy. To give you a perspective, had you invested Rs. 1 lakh in an FD about 10 years ago, you would have today received Rs. 1.87 lakhs approx. However, if the same amount would’ve been invested in Sensex, the figure would have been around Rs. 2.8 lakhs.

But didn’t the market fall recently? Yes, it did. But markets fall (something that is called a market correction) only to grow stronger. So, even if you’d have invested in Sensex a year ago, or before the market fell, your investment would still be on a 25% upside. Well, it sounds interesting. But what is ‘Sensex’? And, what is its counterpart called ‘Nifty’?

To get what they are, let us first understand what indices are

What is an index?

An index is a standardized format to track the performance of the market. It includes a group of stocks trading on a particular exchange (such as BSE or NSE) that replicate a particular area of the market activity. Such indices can either be broad-based, such as Sensex and Nifty, or they can be more specialized ones such as Bank Nifty or BSE Auto Index.

Why are they called ‘Sensex’ and ‘Nifty’ and how are they different?

Being benchmark indices, Sensex and Nifty both track broad-based market dynamics. Sensex is a portmanteau (shortened form) of ‘BSE Sensitive Index’ while Nifty is the same for ‘NSE Fifty’. Apart from this, here are three major differences between both indices:

The biggest noticeable difference between Sensex and Nifty is the number of stocks that trade on them. Sensex is a benchmark index comprising a total of 30 stocks. Nifty 50, as its name implies, is an index comprising 50 stocks in total.

You might have noticed that despite stocks being talked in terms of rupees, the indices are referred to as per their points. So, what is this point system? This point system is calculated based on a free-float, market-capitalization-weighted method. The formula to do so is:

The difference is that Sensex uses a base index value of 100 while Nifty uses 1000 as the same.

Sensex was launched on 1st January 1986 with its base year as 1978-79. Nifty was launched on 22nd April 1996 with a full-market capitalization method initially. It was changed as a free-float methodology on 26th June 2009. Its base period is 3rd November 1995.

In addition to these three points, it goes without saying that Sensex is operated by BSE and Nifty is operated by NSE. At the time of writing, Sensex was at 51,329.08 points while Nifty was at 15,109.30 points.