21st April 2021: Dilsher Singh Malhi, Founder & CEO, Zupee, a leading skill-based online gaming start-up, has been featured amongst young tech entrepreneurs in the coveted Forbes Asia’s “30 Under 30”, 2021 list, in the Consumer Technology category. Dilsher, who hails from Bikaner, Rajasthan, founded Zupee in 2018 with the aim to engage, empower and entertain through tech-led innovations in gaming and gamification. Now in its fourth year running, Zupee has been steadily growing to become a leader in competitive online gaming and gamification industry. As a part of its expansive growth plan, the company hired more than 100 employees in last two quarters.

Siddhant Saurabh, the co-founder and CTO of Zupee, was also featured alongside Dilsher. Siddhant has been associated with the company since its inception and leads tech at Zupee. 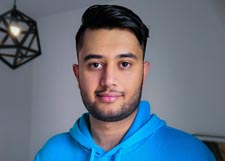 Speaking about the recognition, Dilsher Singh Malhi, Founder & CEO, Zupee, said, “I am elated and honoured to be chosen from amongst 2,500 nominations, vetted by a prominent board of accomplished and acclaimed jury members. Forbes recognises leadership, entrepreneurial acumen, innovation, disruption and scaling potential of ventures and it gives me immense pleasure to be featured amongst the who’s who of the industry who are transforming lives through meaningful innovations.”

Congratulating Dilsher on the honour, Dr. Subi Chaturvedi, Chief Corporate Affairs & Policy Officer, Zupee, stated, “Dilsher is one of the brightest minds in the country and I am happy that Forbes has recognised him for his contribution to the Indian online gaming sector & the larger consumer tech industry. Both Dilsher & Siddhant have worked tirelessly towards making Zupee a leading competitive gaming and gamification start-up. With the rapid growth we have seen at Zupee in the last two quarters, Zupee is forcing its way to the top of the skill gaming segment and will continue to put users first in the years to come. It is not just entertainment, but we are solving for job creation, upskilling, mitigating unemployment while making learning rewarding, fun & engaging.”

Forbes recognised 30 young entrepreneurs and trailblazers across Asia, under the age of 30, who are leading the charge in the “new normal”, and defying unprecedented challenges and finding new opportunities in the COVID-19 pandemic. Indian tech start-ups have caught the eye of investors worldwide, with an influx of $10 billion in funding in 2020, according to a report by Bain & Company. This resulted in India being the most-represented country in this year’s Forbes “30 Under 30” Asia List with 76 members in total.

The brainchild of Indian Institute of Technology-Kanpur alumni Dilsher Singh Malhi and Sidhant Saurabh, Zupee, has over 10 million users till date. With several gaming products to its name, the flagship Zupee game organizes quiz tournaments across a range of topics including math, movies and sports, where users can compete against multiple players for rewards and recognition. The Gurugram, India-based start-up has raised $20 million from Matrix Partners, WestCap Group, Smile Group, Falcon Edge Capital and Orios Venture Partners, so far.

Dr Subi Chaturvedi, Chief Corporate Affairs and Policy Officer said that Zupee’s mission is to empower people through gaming, which means personal improvement, skills training, learning, re-learning, and earning through gamified applications that are fun and exciting. The founder & CEO Dilsher believes people should do what they are passionate about.

Since its inception, Zupee has become one of the most popular competitive online gaming platforms, with more than 10Mn users and a consumer spend of 1.5 Bn USD within the first 3 years. 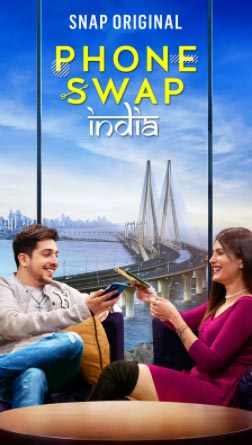