PUNE: FC Pune City coach Antonio Habas will be encouraged with his personal record against FC Goa chief coach Zico as he attempts to get his team out of the bottom in a Hero Indian Super League clash at Shree Shiv Chhatrapati Sports Complex Stadium, Balewadi-Pune, on Thursday.

Habas and Zico are both experiencing rough weather in the ISL for the first time but it will be Habas who will feel more confident going into the battle of the bottom-rankers. In the seven encounters between these two coaches, Habas has put it across Zico on four occasions, and the legendary Brazilian coach has failed to win a single game. Worse still, Zico’s side has managed to score just four goals in seven appearances against a team managed by Habas, Atletico de Kolkata in this case.

FC Pune City are placed seventh on the table with six points from six matches. Their wretched form at home has seen them pick up just two points from a possible 12 and they are yet to win at home. Fortunately for Pune, they have never lost against FC Goa at home (won 1, draw 1) and would look to keep the record intact, preferably with a win.

Pune’s four-match winless run is currently the longest in ISL 3 and their six points from six matches is their worst start in the ISL. But Habas remains unperturbed. 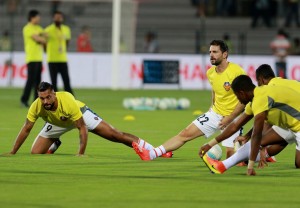 “I remember last season Chennaiyin had a bad start losing a lot of games, and we are working because our marquee player came in the first week of October and the team is also 90 percent new but we are working,” said Habas.

FC Goa, too, have had their worst start to an ISL campaign as Zico’s side find themselves at the bottom of the pool table with four points from seven matches. In the first edition, FC Goa had just five points at the end of the first leg but still managed to qualify for the semi-finals where they lost to Atletico de Kolkata, then coached by Habas.

This time around too Zico remains positive, although he admits the task is a little bit more difficult. 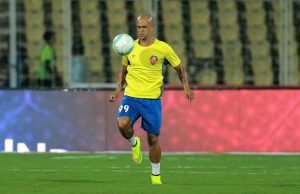 “Our situation is complicated, difficult. We need to win at least five games from seven matches but still we are breathing and as long as we are breathing, we have hope,” said Zico.

Much of Goa’s problems have been their profligate finishing rather than their ability to create chances. Last year’s finalists have fired in 67 shots — only Atletico de Kolkata and Delhi have more – and they have also managed to test the goalkeeper with more than 50 percent of their shots on target. It is their goal conversion rate of 5.97 percent which is the worst in the league and should Zico hope to win five of the remaining seven matches to qualify for the semi-finals, his strikers will have to start firing.