CONTRACEPTION – A SAFE AND HEALTHY CHOICE FOR A HAPPY FAMILY 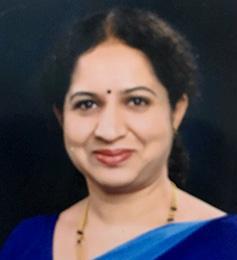 Contraception is a term for various methods to prevent conception and thus regulate fertility. The contraceptive method may be

Choosing the right contraception for you

There are many contraceptive methods available in India, from implants and injections, intrauterine devices (IUDs, both copper and hormonal), emergency contraception, pills and vaginal rings, male and female condoms and diaphragms, female and male sterilisation. When you are choosing the method of contraception, it is important to have accurate information about how well each method works, the possible side effects, how easy it is to use and how much it costs. Headache, Depression, Spotting, Mild elevation of BP, Weight gain, Nausea and drowsiness are few common side effects of contraceptives.

It is put on the erect penis just before intercourse. It collects semen and prevents it from entering the vagina. A new condom is to be used for each intercourse.

Ø It is easily available, easy to carry and cheap

Ø It protects against STD, HIV infections

Ø No prescription is needed

The female condom is made up of a soft plastic called polyurethane. It lines the vagina up to the cervix and if used correctly, it can be 99% efficient. It protects against STDs but, it carries the high-risk of breakage. The best part is that unlike male condoms, these can be inserted into the vagina 8 hours before having intercourse.

Ø  Can be started only after counseling, screening and selection of clients,

Ø  It is effective, safe and non-invasive

Ø  The pills act by suppressing ovulation

Ø  Needs to be taken daily

Ø  Pre starting counseling and evaluation needs to be done

Ø  Cannot be given when lactating

Copper T is a T shaped plastic device made of poly ethylene an impregnated with Barium sulfate to make it radio opaque. It has 1-3 % of failure.

ü  Insertion once in five years

A contraceptive injection contains the synthetic form of the hormone, progestogen. One injection can last up to 8-12 weeks depending on what type you’re going for. Although, it’s a reversible contraception, it can take up to a year for the effects of the injection to wear off. Depo-provera is a natural hormone that is usually produced by the ovaries. It prevents pregnancy by stopping ovulation, thickens cervical mucosa to prevent sperms from moving into the uterus and thins the uterine lining to avoid implantation of a fertilized egg. Some changes in the menstrual period may happen: bleeding or spotting between periods, an increase or decrease in bleeding or no period at all.

Permanent method of contraception whereby the person is rendered infertile. It involves blocking of the duct that carries the egg and sperm. Thus, the ovum and the sperm cannot meet and no fertilization takes place. In males it is called vasectomy and in females it is called Tubectomy. Female sterilization can be done by open method or by laparoscopy

Vasectomy: is a very simple, day care procedure. It can be done by incision method or by no scalpel (no cut) method. No cut method has a lower infection risk and heals in a short time. Vasectomy does affect orgasm or ejaculation.

Both tubectomy and vasectomy can be reversed but the results cannot be guaranteed.

The contraceptive patch contains both estrogen and progestogen and works the same way as the implant and the injection. However, the patch needs to be changed at least once a week. But it sure is one of the easiest options to go for.