9 different types of contraceptives can be used to prevent pregnancy 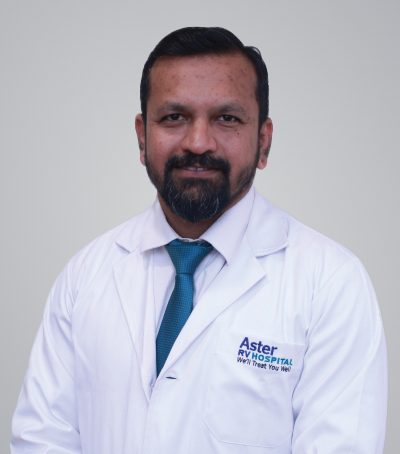 A woman can become pregnant if a man’s sperm reaches one of her eggs (ova). Contraception aims to prevent this by keeping the egg and sperm separate, by halting egg production or by preventing implantation. Contraception can be used to prevent pregnancy, and certain types also protect against sexually transmitted illnesses (STIs).

Condoms – are the only kind of anti-conception that protects against and prevents most STIs. This contraceptive technique may be used on request, easily available, hormone-free and can be readily used. Male condoms roll on an erect penis and function as a physical barrier to the transmission of sexual fluids between the male and female. The female condom is applied directly before intercourse in the vagina. The female version is not as efficient as the male latex condom based on traditional use, and it might take quite a bit of effort to become acclimated to it.

Combined pill- The combination oral contraceptive pill is commonly referred to simply as “the pill.” It includes oestrogen and progesterone, two synthetic female hormones. These hormones are naturally generated in a woman’s ovaries. The pill’s hormones inhibit a woman’s ovaries from producing an egg (ovulating). They also make it more difficult for sperm to reach an egg or for an egg to implant in the uterine lining. The pill is most commonly used to avoid conception, but it can also be used to treat painful periods, heavy periods, PMS, and endometriosis.

Intrauterine System (IUD) – This tiny, T-shaped device is inserted within a woman’s uterus by a qualified healthcare practitioner and is constructed of material containing either copper or progesterone hormone. It is reversible, long-acting contraception that may last anywhere from three to ten years, depending on the kind. To prevent pregnancy, certain IUDs contain hormones that are gradually released. If fitted by a healthcare practitioner within five days (120 hours) of having unprotected intercourse, the IUD can be effective emergency contraception.

Contraception Implant- A tiny, flexible rod is inserted beneath the skin of a woman’s upper arm to release a version of the hormone progesterone. The hormone inhibits the ovary’s ability to release an egg and thickens cervical mucus, making it difficult for sperm to enter the womb. The insertion of the implant involves a minor procedure using local anaesthesia to fit and remove the rod, and it must be renewed every three years.

The contraceptive injection- A synthetic form of the hormone progestogen is present in the injection. It is given in the female’s buttock or upper arm, and the hormone is delivered slowly into the circulation for the following 12 weeks.

The ‘Morning After’ Pill otherwise called as emergency contraception pill- If contraception was not used, a condom had broken during sex, the Emergency Contraception Pill can be administered to prevent pregnancy after intercourse. While it is frequently referred to as the “Morning-after” pill, it can last up to five days after unprotected intercourse. It is more effective if taken during the first three days following intercourse. When used within the first three days after sex, it prevents around 85% of anticipated pregnancies but should not be used regularly and reserved for emergency use only.

Contraceptive ring – This technique comprises a flexible plastic ring that continually releases hormones and is inserted into the vagina. It stays in place for three weeks, then you remove it, rest for a week, and replace it. The ring secretes the hormones oestrogen and progestogen. These are the same hormones found in the combined oral contraceptive pill, although at a lesser dose.

Diaphragm- it is a tiny, soft silicon dome that is inserted into the vagina to prevent sperm from entering the uterus. It, like a condom, creates a physical barrier between the man’s sperm and the woman’s egg. After intercourse, the diaphragm must remain in place for at least six hours. It must be removed and cleaned after six hours, but no later than 24 hours after intercourse.

Sterilisation- sterilisation is the act of totally removing the body’s ability to reproduce. It is a long-term or rather permanent contraceptive option for those who are certain they’ll never desire children or don’t want to have any more. Both women and men can be sterilised, and the procedure is done under general anaesthesia in a hospital.

B Medical Systems inaugurates its manufacturing facility in Mundra, Gujarat

Paytm enables users to create their unique Health ID on its app, helps them access their digital health records instantly