Mumbai, 18th April 2019: After the success of shows like Rangbaaz, Abhay, and The Final Call, ZEE5 launches its next marquee original – POISON. The series was announced at an event in Mumbai in the presence of cast members Tanuj Virwani, Arbaaz Khan, Freddy Daruwala & Riya Sen among others. Premiering on 19th April 2019, the eleven-episode web series delves into the life of a man who will stop at nothing to get the revenge that he craves.

Directed by Jatin Wagle and Written by Shiraz Ahmed, Poison is set in Goa. The story kicks off when Ranveer (played by Tanuj Virwani), a man who has just come out of jail after serving a sentence, starts of on a journey of danger, intrigue and secrets with a thirst for revenge.

Arbaaz Khan said, “This is my second association with ZEE5 India after the web-cast of my Talk show, Pinch. The response I have enjoyed for that is amazing, and I am thrilled to be finally seen in my first-ever web series, Poison. I am an avid fan of mystery thrillers and Poison has all the ingredients that the OTT audience is seeking for these days. With unparalleled reach that ZEE5 offers across geographies, I am confident that the series will do well.”

Freddy Daruwala said, “I’m excited to be a part of Poison since it’s a quintessential story of human desires and vulnerabilities have no limits. My character in the show (ACP Vikram) is a cop who is experienced and has observed the dark side of human behaviour in closed quarters. With increasing excitement for thriller content among viewers, I hope Poison will turn out to be their next favourite binge-watch series.”

Tanuj Virwani said, “The character I am essaying, Ranveer, is a man with a mission. He is complex and so it was challenging for me to understand the depth of my role. I have worked round the clock to get a hold of the nuances of Ranveer and ensure I get into the skin of the character. I am now looking forward to the launch of Poison. It is exciting how the digital space is evolving and I am glad to be part of this on ZEE5.”

Riya Sen said, “I am ecstatic to be part of Poison on ZEE5. When I heard the script, I was certain that I have to be a part of this show and right from day one this has been a memorable journey. The digital platform is dynamic and I am waiting to see the audience reaction for this show.”

Commenting on the launch, Aparna Achrekar, Programming Head, ZEE5 India said, “At ZEE5 we are constantly working towards putting together content which engages the audiences at large. We are focussed on tapping varied genres and brining to the forefront stories which have that extra edge. Now with Poison, we are taking a step in the same direction. An edge-of-your-seat thriller with an interesting plot and eclectic cast, Poison, is sure to keep viewers hooked to our platform.”

With over 3500 films, 500+ TV shows, 4000+ music videos, 35+ theatre plays and 90+ LIVE TV Channels across 12 languages, ZEE5 truly presents a blend of unrivalled content offering for its viewers across the nation. With ZEE5, the global content of Zindagi as a brand, which was widely appreciated across the country, has also been brought back for its loyal viewers. 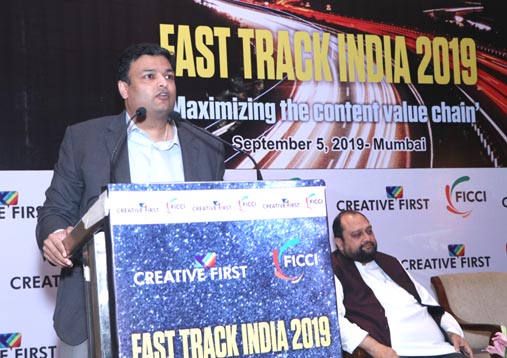