Snapchat and Skillenza announce winners to first Lensathon in India

National, July , 2020: Today Snapchat and Skillenza together announce the winners of the first Lensathon in India. With the aim of making augmented reality even more accessible to Indian creators, the online hackathon was open for national participation in May, encouraging participants to create AR experiences using Snap’s Lens Studio.

The Lensathon received an overwhelming response, with over 1000 entries submitted from creators based all over India. Seven winners were selected by a panel of expert judges – including Snap’s SVP of Camera Platform, Eitan Pilipski and Global Head of Creative Strategy, Jeff Miller – and were picked for their originality, creativity and technicality of the design, as well as engagement with the community. They will receive a range of prizes including cash, Snap Spectacles and Snapchat swag.

The winners are a mixture of students and professionals in their early twenties based across the country. The lenses were inspired by a variety of themes including ‘Work From Home’, ‘Real Friends’, ‘Indian Summers’ and a social cause of choice. Twenty year old Akash Bajpai’s lens provides much needed entertainment to Snapchatters tired of   working from  home.  Apoorva Pise, a computer science engineering student based in Kolhapur, created an intriguing space portal effect and 21-year-old Altafa Ansari’s lens – ‘Cosmic Architect’ – is a beautiful depiction of how large things are made up of small particles.

“Since launching Lens Studio over three years ago, we have been inspired by the creative community that has emerged. The tool was built on one simple belief – that being able to create AR experiences should not be limited to software engineers or design professionals. 85% of registrants were students so it’s very exciting to see this desire become a reality, and to watch the community in India learning, innovating and bringing their ideas to life,” said  Eitan Pilipski, SVP of Camera Platform at Snap

“With over 1000 lenses submitted, we were blown away by the creativity we saw and are thrilled to announce the winners of our first Lensathon in India. We have been hosting Lens Studio workshops for students over the past year, and believe that AR provides a unique opportunity for anyone to build digital skills. The Lensathon allowed us to reach more creators than ever, and we can’t wait for Snapchatters here in India to discover these new lenses.” said Juhi Bhatnagar, Strategy and Business Development Lead, India at Snap.

“The Lensathon was not just a hackathon, but a pathway for many young minds to acquire new skills like Augmented Reality, and probably make a career out of it. It was one of the most

well-received hackathons to have happened on our platform in the last few years. The content provided by the Snapchat team coupled with the hands-on virtual workshops helped the participants understand, and create many incredible Lenses. This hackathon was an amazing outlet for creativity and design. We would love to partner with Snapchat in bigger and larger activities for the Indian developer community,” said Subhendu Panigrahi, Co-Founder & CEO, Skillenza

Lens Studio is a free desktop app launched by Snapchat in 2017, that provides the tools and templates needed to build digital skills, create lenses and share them on Snapchat. Since its launch, over 1 million lenses have been made by the community all over the world.

How to use Snapchat lenses: 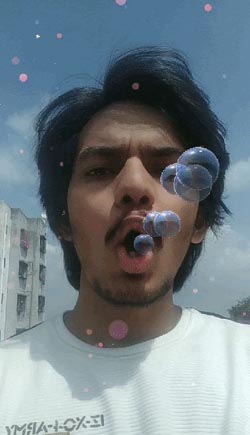 “I was looking to create something found in the real world, but virtually. Creating lenses helps me think from a user’s perspective and brainstorm for new ideas. Learning from scratch and observing the Lens created by Official Lens Creators pushed and

inspired me to create something beyond a conventional lens. Combining this inspiration with the brief provided, gave me a blueprint to work on.”

“By creating lenses, I feel a sense of being a part of a larger community and building a connection with the online world. With working from home as a new normal around the world, I realized that we were so

indulged in work and other tensions, that we somewhat forgot that we are at our homes, and thus should enjoy the freedom of our home.

What’s one of the best ways to do so? Grooving with some music. So this lens inspires the users to give their work seats some rest and live the freedom of working at home!”

“I am thrilled, I never expected that I would be one of the winners for such a big hackathon. This has motivated me to create more amazing experiences using the cool

and amazing features of Lens Studio. I am amazed with the power of Augmented Reality and the things it can do. During the pandemic, being stuck at home gave me this opportunity to learn a new tech and create an experience where people can explore places in their own space. Speaking of space, what could be more fascinating than Space itself? So I thought of creating a portal effect which has a door that takes the user to space to experience infinity. Since I started learning AR, I always wanted to create portals, I find them very magical.”

“I love to create content on AR as it has the ability to modify reality and reshape it to whatever we want. Lenses are one of the easiest way to make your own AR content as well as easy to reach millions of users within seconds”

“I have no words about how to express this feeling. Being one of the winners of such a BIG Lensathon, competing with such great

people, has enthralled me & filled in me a confidence that was never there before. I express my gratitude to the organizing team of Lensathon, for this great platform where I could show the world my creativity and skills together. It was great to be a part of it as I got to learn how to work on Lense Studio and it has added a lot to my skills.”

“I created lenses because it gave me a platform to express my inner creativity, all

the fantasy that lies within me can be unleashed and can be expressed in the form of an AR experience. The best part of creating these experiences is that others get to experience what I have created so easily. It is satisfying to watch people use what you have made as it plants a smile on both the creator and consumers’ face. I am very intrigued by fantasy worlds like extraterrestrials, fairy tales, ghosts etc and this can easily be observed by my lenses, especially Cosmic Architect and IntoMyWorld.”

“ I love to create Lenses because I want to express my imagination, my artistry, and originality about things to the users. I have taken the inspiration from nature and light to create these nature lenses.” 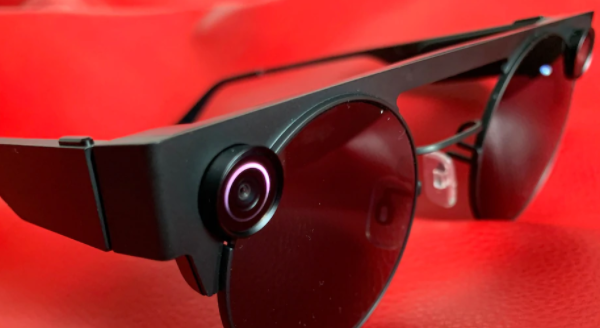 Technology
Spectacles 3 from Snapchat: the perfect gift for your tech-savvy partner 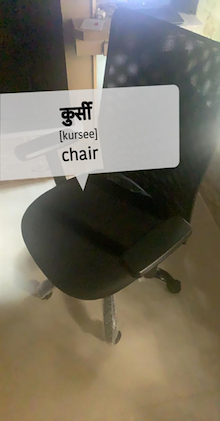 Mumbai, February 18, 2021: With the changing landscape of India’s hospitality industry, hotels are embracing the challenges thrown by the … 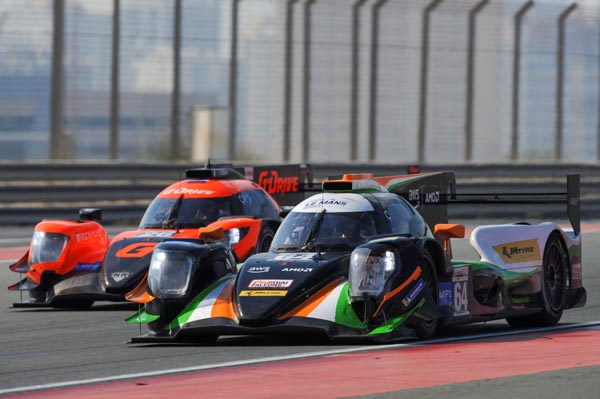 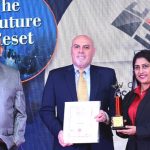