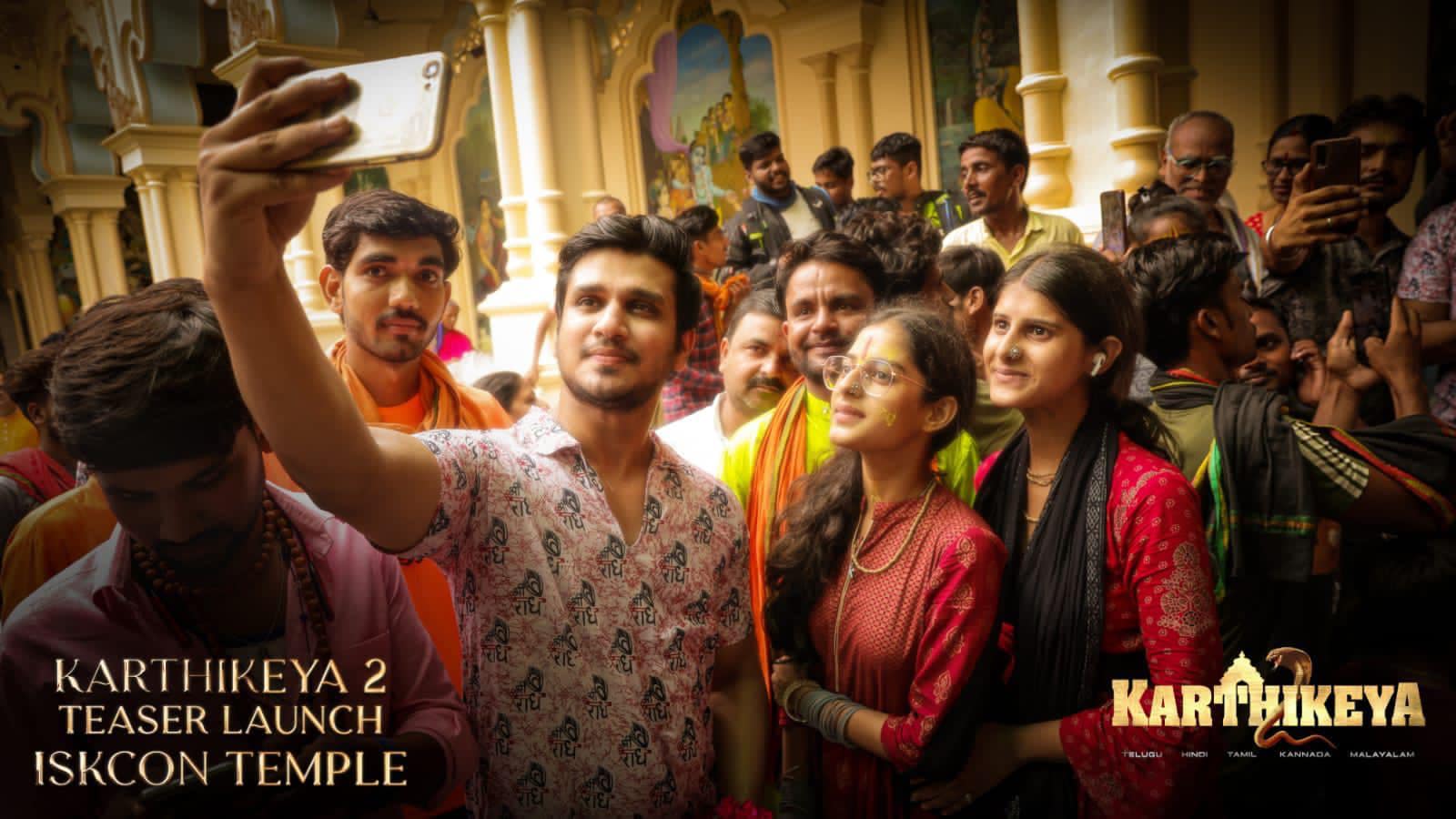 The Hindi teaser of  Karthikeya2 has been released on a grand scale by the makers of Kashmir Files. Telugu movie Karthikeya 2 was released in the ISKCON temple in Vrindavan. The unit of the movie, including lead actor Nikhil Siddharth and popular actor Srinivasa Reddy, visited the temple after they were invited by the temple’s management, and the teaser was played there in front of the crowd.

Karthikeya2 is directed by filmmaker Chandoo Mondeti, the mystery thriller film Karthikeya 2 is the sequel to the 2014  Telugu film Karthikeya, and it will also be released in Hindi. Other than Nikhil, the movie has Anupama Parameswaran, Anupam Kher, Srinivasa Reddy, Viva Harsha, Aditya Menon, and others. It is produced by TG Vishwa Prasad and Abhishek Agarwal.

Karthikeya2 teaser of a commercial movie that was released in a Hindu temple is not the only unique aspect of the mystical movie, it is also unique because it is perhaps the first mainstream movie based on a heritage site in India. While India is filled with heritage sites that are thousands of years old, hardly any movie has been made taking any such site as the main plot point.

Karthikeya 2 is based on the lost city of Dwarka which was the kingdom of Lord Krishna. Director Chandoo Mondeti has said that the story of the movie revolves around the mysterious events that unfold in Dwarka.