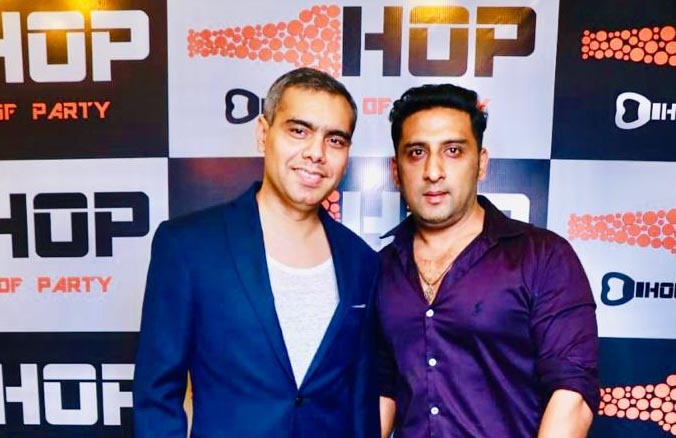 Mumbai : House of Party – HOP celebrated their first anniversary on the 21st of August in style with all the pomp and glitterati. With mind blowing, foot taping music by none other than the legendary DJ Akhtar. The dancing shoes were on and the groovy moves set the stage on fire with many of his celebrity friends, Aaman Trikha, Thomson Andrews, Aamir Siddiqui (Team Nawab), Aashika Bhatia, Saurabh Bavaliya, Raj Dutta, Kushagre Dua, Designer Rehan Shah, Riva Arora, Advocate Ali kaashif khan , Shabbir Ali, Mehmood Ali (DON Cinema), TIKTOK Star Aamir Arab, Sohail D and many other celebrities in the house.

Captain Avinash the owner of HOP conceptualized HOP as a one stop lounge that offered his guests an amalgamation of lip-smacking world cuisine and ambiance to die for. It is one of the best lounges in Andheri West, Mumbai. With the one year celebrations underway the weekend started ahead of time and it was a party no one should have missed.

DJ Akhtar rocked the party all night long with awesome music and the House of Party was exactly what the name suggests, a starry party that lasted all night long, leaving still more to be desired.