Violence against women is an age-old problem and tragically one that simply doesn’t seem to be going away. But rather than curse the darkness, one entity has decided to light a single candle by taking things upon itself to sensitise, publicise and amplify the issue, in the sincere hope of bringing about a change in society.

Women have always been at the brunt of all kinds of violence and so much of it stems from a sense of entitlement on the part of a section of the male population. Misguided or uneducated at best, deliberate and perverse at worst, many of them think it is their right to prey upon and harass women.

Gaali-Free India has been at the forefront of the fight against abuse. As the name and tagline (Swachh Bhasha. Swachh Bharat.) suggest, it urges everyone to clean up their language and by extension make a cleaner society, cleaner India and cleaner world a reality.

Launched in 2016 by entrepreneur and communications expert Vandana Sethhi, it has taken social media by storm with creative and high-impact campaigns that endeavour to sensitise people to the ills of language and other forms of abuse.

This latest campaign took the issues of rape, domestic violence and acid attack head on, by leveraging famous dialogues from recent Bollywood films that specifically dealt with these subjects.

Vandana Sethhi summarised the effort: “The campaign underlines that women are not commodities. The objectification and sexualisation of women be it at work, home or on the street has led to a long-drawn war – and we’re throwing our lot into this fight, determined to keep at it until everyone in society is sensitised to the issue. Challenging her modesty, calling her names, stereotyping her… are all forms of violence against women. There is a crying need for people to discipline their actions as well as thoughts about women.”

And what better way than Bollywood to get the message across. The three-instalment campaign contextually borrowed three impactful dialogues and fitted them to three specific issues of violence against women. Each was anchored by an emphatic exhortation: ‘Women are not objects! Discipline your actions, thoughts and words.’

Vandana Sethhi reiterates the objective behind the campaign: “Coming essentially from an advertising and communications background, it might appear that creativity is the goal. But nothing is further from the truth. This campaign – and every other one that goes under the Gaali-Free India banner has only one aim: To raise awareness against the deplorable gaali culture and how this has a direct and undesirable impact on women. This has nothing to do with me as an advertising professional, but everything as a woman.”

The campaign nevertheless benefits from the advertising resources at her disposal. The layout is clean and professional, the platform impactful and the messaging powerful and direct. Between these three communication pillars, it strikes straight at the heart of the issue and right between the audience’s eyes.

The campaign intends to put a mirror up to the face of society. It desires that the awareness be universal – strongly directed towards perpetrators on the one hand, but equally to everyone else, the unspoken message being to not remain neutral in the face of such abuse. And in doing so, return India to its original ethos of being a peace-loving and caring society. Gaali-Free India was literally made for social media.

Its various campaigns have found excellent traction amongst the younger audience who devour social media almost with a vengeance. Equally, albeit on the downside, this is a demographic segment for whom verbal abuse has become a way of life, often aggravated by peer pressure. But, there is hope aplenty!  Being highly impressionable, they can be influenced strongly by the good side too. Campaigns such as these, hope to conscientize youth towards correcting themselves and work at being better human beings for the betterment of society and country. Needless to say, the campaign and messaging remain contextual and directed to every other demographic as well.

For the sake of society, country and world – thus effectively for the sake of each and every one of us – we hope and pray that Gaali-Free India’s efforts reap rich dividends.

-With the official launch of Zoomcar’s B2B SaaS offering, the company introduces a comprehensive mobility solution for operators and OEMs …

India, 10 August 2020 : As part of its ‘World Solidarity Programme’, Societe Generale, with the mobilization of all its teams … 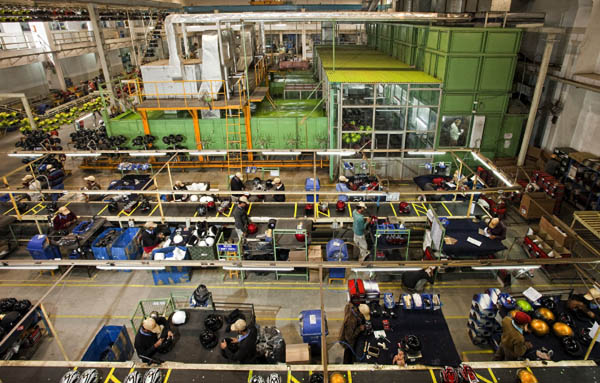 Commences operations with total investment of Rs.200 cr  Ensures direct employability of over 1500 individuals  Executes 70% of the …