Shadowfax to onboard 75,000 delivery partners across India 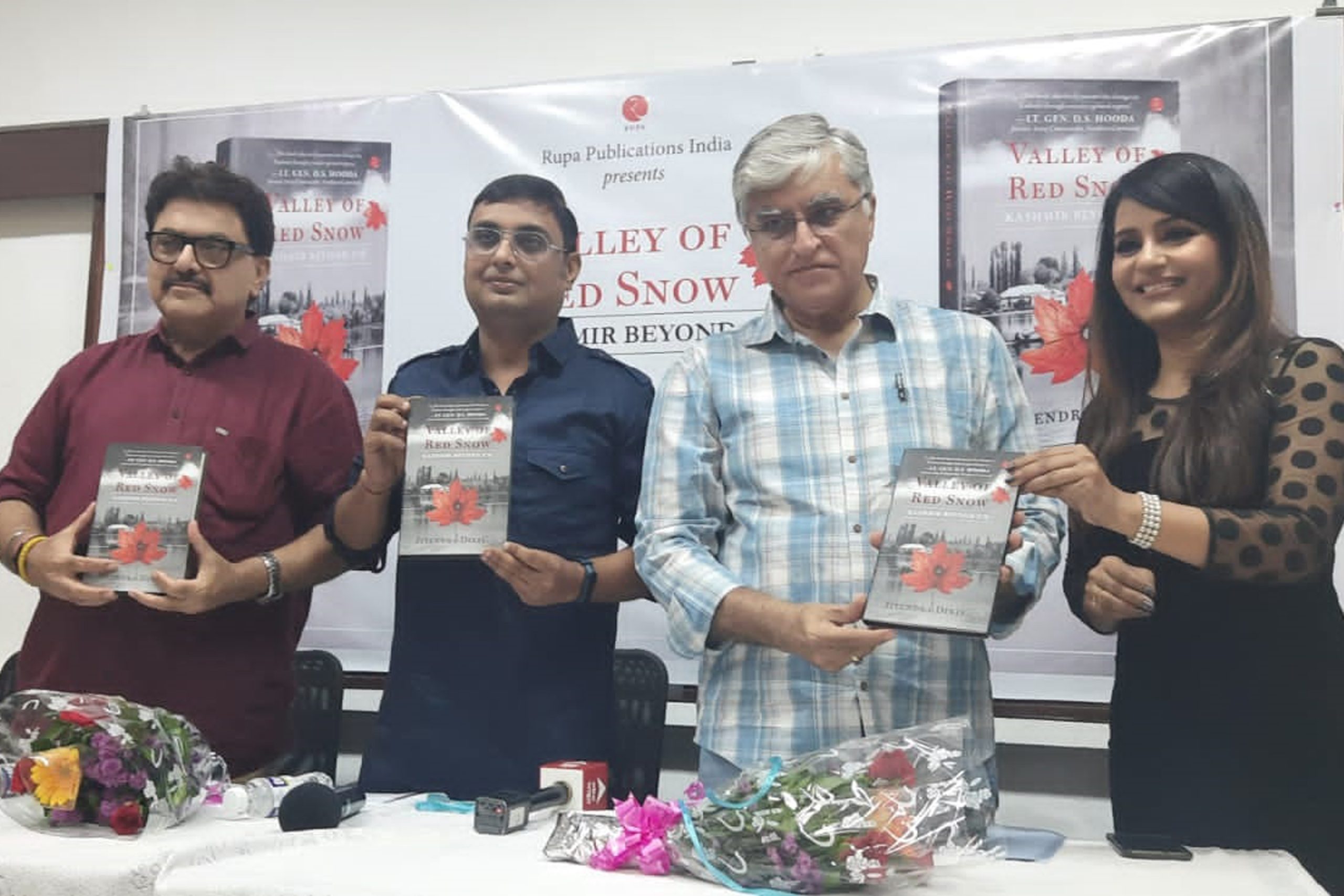 Renowned Journalist Jitendra K Dixit (ABP News, Western Region Head) is trending nowadays for penning his experiences and his books have become bestsellers. Speaking to Mti News, Editor in Chief Mr. Riyaz Ahmed, Mr. Dixit said What a delightful evening it has been!!! I wasn’t able to organize physical book launches of my last two books due to the pandemic but I was fortunate to launch my latest book “Valley of Red Snow: Kashmir Beyond 370” among friends, colleagues, and well-wishers. Today is an important day in my life my third book has been launched successfully and the earlier two books “35 Days” & Bombay 3 are also one of the best sellers books which are available in the market and getting tremendous responses.

The book was released at the prestigious Mumbai Press Club by Ashoke Pandit a renowned filmmaker and activist and Gurbir Singh – Chairman of the Press Club. Charming Charul Malik, my friend, and a former colleague conducted the event gracefully. 10 years ago she hosted my last book launch at Press Club in 2012. He further added that there have been a lot of things written on Kashmir history and other things in the various books I have written “Valley of Red Snow: Kashmir Beyond 370”. The book depicts how the “New Kashmir” is shaping up after the abrogation of Article 370.

On 5th August 2019, Article 370 of the Indian Constitution, which gave Jammu & Kashmir (J&K) special status, was abrogated. J&K was now a union territory. This landmark event in the history of Kashmir was preceded by a series of political and social events over the seven decades since Independence. What forces led to the abrogation? What were its consequences on the people of J&K? What was their reaction to it? And most importantly, what does the future hold?. Valley of Red Snow seeks to answer these questions and presents an unprejudiced, non-judgmental and comprehensive story of how Kashmir is changing after one of the biggest government decisions in the history of independent India. This book narrates the events from the years preceding the historic event, the immediate situation in Kashmir at the time of the abrogation, and presents the voices of various stakeholders in the Valley with extensive interviews. It chronicles the momentous events in the Valley in the last decade as witnessed by the author from ground zero and others’ insights on the ‘New Kashmir’.

The irony is that Kashmiri Pandits continue to be killed by terrorists in the valley. In my book, I have tried to put what are their aspirations, fears, and expectations of the govt post abrogation of Article 370. The book comprises the voices of KPs who still reside in the valley & of those who want to be rehabilitated. This non-fiction book is based on my ground reports from Kashmir, before and after the abrogation of Article 370. The book chronicles the last decade of the Kashmir valley which was quite a tumultuous one & tells how the Valley is shaping up after the August 2019 decisions. 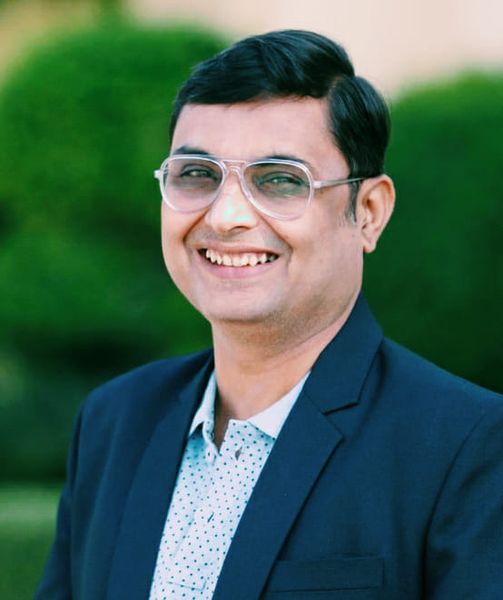 Mr. Jitendra Dixit further added that “writing objectively on Kashmir is challenging as the Kashmir issue has many facets. It is difficult to avoid taking sides. However, I have attempted to put the voices of as many stakeholders as I could.

‘Valley of Red Snow’ is available wherever books are sold…online and offline. And I am not going to say that cliched line – “Grab your copy now”. Why grab? Hold it gently, look at its beautiful cover, browse through its pages, read the blurb and endorsements, and if the content appeals to you, get a copy. And don’t forget to tell me how was the book.

Almost 2 decades out of 4 decades of life till now have been completed without a break in Star-News/ABP News today. I still remember that 19 years ago i.e. on 4th January 2003, my journey started in Star-News on this day. I Resigned from there on 2nd January 2003 after 4 years of service in Aaj Tak and joined Star-News on 4 January 2003. It was painful to leave till today. I was a member of the founding team of that channel and had Emotional ties with some superiors and colleagues.

I probably would never have left till today, but in December 2002, some such developments happened due to which I resigned from till today in anger. Giving a triple promotion, Sanjay Pugliaji was offered the post of Principal Correspondent in Star News and anchoring of the crime show Red Alert. Look at the game of luck, almost all of the seniors and colleagues I regret leaving till today joined Star-News in the next one and a half years.

The last two decades in this channel have been very exciting. Apart from Mumbai, I got a chance to work on all the big news of the country and the world. Met many good people. Some are still there, some have left and some have come back. If these 19 years are divided into hours, then in these years I have spent twice the time of my life with these co-workers than with my family members.

Recently Sharad Pawar revealed again that PM Modi offered him an alliance after the 2019 elections, which he refused. In “35 Days” there is a vivid description of the meeting that happened between Modi and Pawar.

While doing my MBA, I was taught that people don’t buy your product, they buy the outcome of your product. This made me ask myself what are the takeaways for readers who spent time and money on my novel Bombay -3? From the online reviews and feedback received, I can say that the book offers 2 prime takeaways: 1)Information and 2) Entertainment. The book takes you back to Bombay in the seventies and offers insights into changing face of the underworld, the gang wars, the communal riots, the internal rivalry of police, the degradation of media, the challenge of terrorism, and so on. The fast-paced storytelling keeps you hooked till the end and feels like viewing a thrilling web series. It takes readers from the bylanes of old Bombay to the IS-controlled Iraq and the colorful nights of Bangkok.

“35 Days” It was exactly two years ago on this date (24 Oct) that an unprecedented drama that continued for the next 35 Days began in Maharashtra. Maharashtra Vidhan Sabha elections results were declared today following which a great game by Sharad Pawar began. Those 35 days were full of shocking turn of events, friends becoming foes, enemies becoming friends, and parties shredding their ideologies. The nation was hooked to television. However, not everything that happened came on the screen. Behind the story of the curtain is equally shocking which I have attempted to capture in my book “35 Days: How Politics in Maharashtra Changed Forever in 2019”. Available in English and Marathi languages. Coming soon in Hindi too. If you haven’t got your copy, get it now.

About Author: Jitendra Dixit is the West India editor of ABP News. Based in Mumbai, he has been reporting on crime, conflict, and politics for over twenty years. Jitendra Dixit is a broadcast journalist, terrorism and organized crime analyst, author, writer, wanderluster, and scuba diver, and sees himself as a global citizen. Jitendra was born in July 1979 in the city of Mumbai where he was brought up, educated, and still resides. His educational institutions are the proud heritage of the city. He did graduation from Wilson College and M.A in Political Science from the University of Mumbai. Jitendra began his career in 1996 as a part-time reporter in an eveninger “Dopahar Ka Saamna”. He also contributed articles and campus news to Navbharat Times. Jitendra became a television journo in 1999 by joining the Hindi news channel Aaj Tak. He began a long stint with Star News (Now ABP News) in 2003. Presently, he is serving ABP News. Authored Books: 1) Fighting Terror: India and America. (Eng) 2) 26/11: Ve 59 Ghante (Hin) 3) Operation Black Tornado (Mar) Produced and Anchored Shows on Star/ABPNews: 1) Red Alert. (Weekly crime show) 2) Shootout. (Based on major shootouts) 3) Mumbai Live. (Daily city based show) Interests: Reading, Writing, Travelling, Scuba Diving, and Music.
Interests Scuba diving, Tourism, Reading & Music.
As a crime journalist, he has reported extensively on the Mumbai underworld. He covered the 26/11 Mumbai terror attacks from ground zero for Star-News and wrote a book about it, which was a bestseller in Hindi and Marathi. He was one of India’s representatives at a conference organized by the FBI to combat organized crime syndicates in New York City in 2011. In 2015, Jitendra won the Red Ink award in the political category for his documentary on the Kashmir assembly elections.

79% of students indicate they would like to rearrange the furniture – to suit individual needs and group discussions: Godrej Interio study