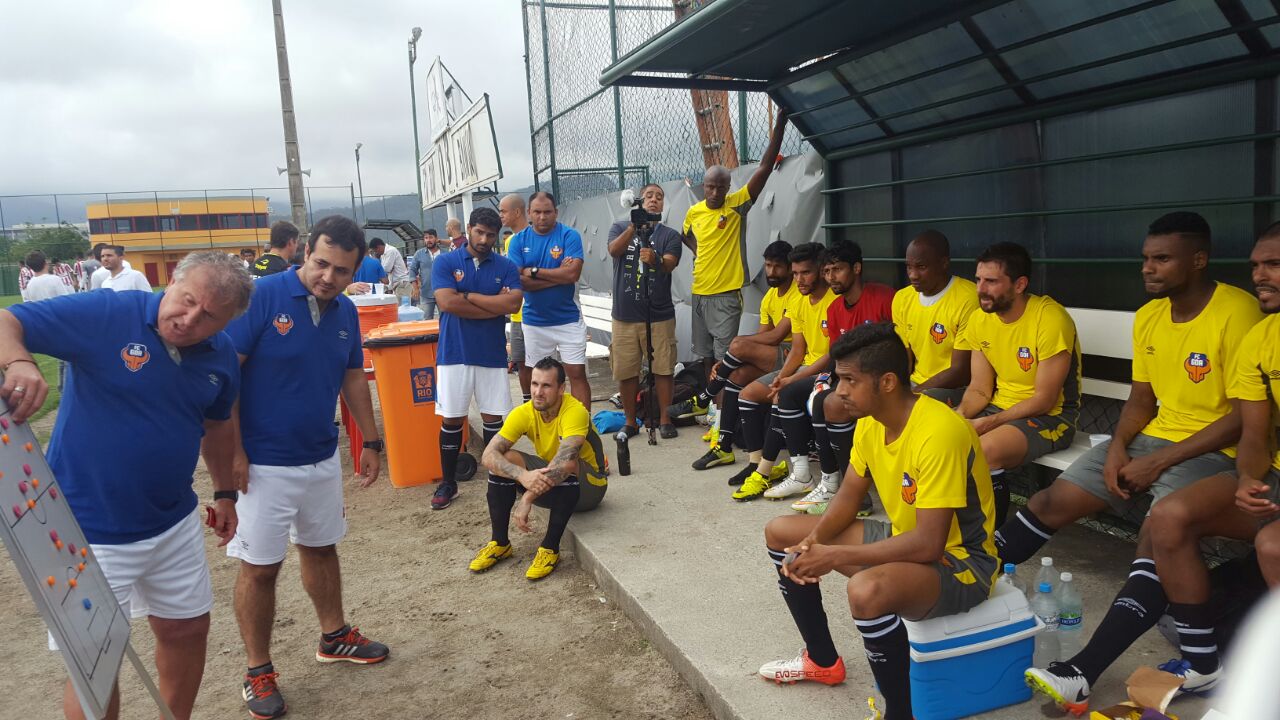 Panaji, 11th September 2016: FC Goa went down to Bangu Atletico Clube 3-1 in the first of their six pre-season games in Rio de Janeiro, Brazil. The match took place at Zico 10, head coach Zico’s academy. Bangu played quick, attacking football to quickly take a 3-0 lead in the first half before full back Fulganco Cardozo got one back for Zico’s side. 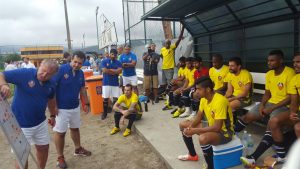 Employing a 3-5-2 formation, FC Goa were vulnerable to rapid attacks by the Brazilian team. Wingers Romeo Fernandes and Mandar Rao Dessai were forced to track back constantly and cover the opposition wingers. The opposition found acres of space behind the two Goan wingers who attempted to venture forward to help out in attack. It did not take long before the first goal was scored. Gregory Arnolin held on to the ball too long at the half line which prompted an opposition attacked to steal it off him. A quick counter attack ensued and Goa quickly found themselves a goal down. In the 21st minute, a poorly taken corner gave the opposition another chance to counter attack. They did so at pace and found themselves three men to the good against Goa’s two and they duly scored to double their lead.

Not long later, Bangu found themselves up by three goals. The space behind Dessai was exploited and the resulting cross was turned into his own net by a back tracking Lucio as the Indian side went into the break with a mountain to climb in the second half.

Zico was quick to identify his team’s weakness and made some changes at the break. The defence underwent an overhaul as Cardozo, Keenan Almeida and Luciano Sobrosa were brought in. Brazilian Trindade Goncalves was also brought in to shield the defence. Changing to a 4-4-1-1 formation brought more stability to the team. Bangu still kept control of the match however, but Zico’s side looked more assured in the second half. Midway through the half, Zico brought Debabrata Roy on for Dessai and pushed Cardozo to a more advanced left mid position. He also brought on Pratesh Shirodkar for Joffre. Goa persisted and pushed forward and were finally rewarded towards the end of the match with a consolation strike. Right back Keenan Almeida played a ball forward to Romeo who found himself in acres of space. The winger beat the first man and put in a delicious cross for Cardozo who made no mistake with his head. The full time whistle was blown soon after.

FC Goa play their next match against Brazilian heavyweights Atletico Paranaense on the 14th of September. Zico will hope for a much improved showing and may look to rotate his squad in a bid to find the best playing XI ahead of the third season of the Indian Super League. 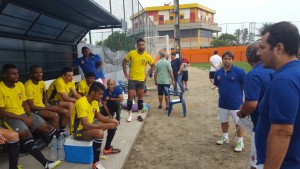