A tribute to the Authentic Moplah Cusine outside Kerela

Festival is on till the 24th of March Diners can delve into the unique flavours and traditional recipes that find their roots, several centuries into the past, when Arab merchants frequented the northern coast of Kerala for spice trade, leaving behind their rich cultural and culinary impression in the region. The local populace assimilated some of these into their own traditions, which has over a very long period of time developed into the delectable and distinctive Malabar cuisine that we enjoy today. Some of these unique recipes and preparations are attributed to the Moplah community of the region, giving the festival its name and theme.

The festival brings to the table, a spread of lip-smacking preparations. The starters range from Kozhi Kaal Roast, Chicken Shish Tawook, Meen Pollichathu and Chemmeen Porichathu. Coming to the soup counter, there is Malabar Chickpea Soup for vegetarians and Kozhi Thengai Paal Soup for non-vegetarians. 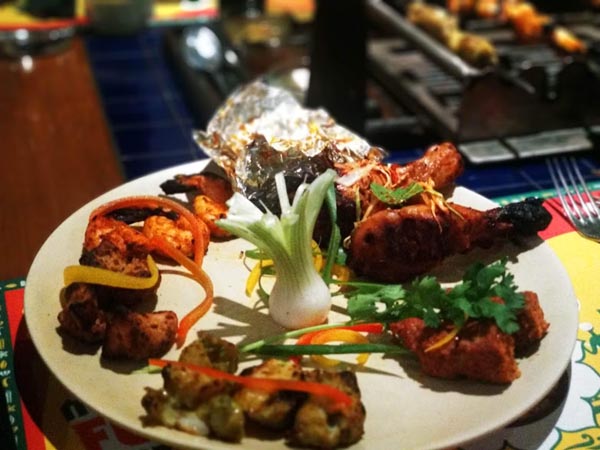 In order to offer diners a feel of the Malabar region while they enjoy their meal, the ambience at the restaurant has been set to hold Kalaripayattu weapons and the Daff, a percussion instrument, used in Duffmuttu, an art form prevalent in the Malabar region of Kerala. Other aspects include, a projection of Oppana, which is a popular form of social entertainment among the Mappila community, Kathakali and Bharatanatyam, that are major forms of classical Indian dance, popular in the region.

From delicious food to amazing entertainment, food lovers can explore this food safari across Mumbai from 14th to 24th March.

Ashish Rai, Head of Operations, West, Barbeque Nation Hospitality Ltd., says, “The Moplah festival which was first held at Barbeque Nation outlets in Kerala was a huge hit and very well received by people with authority on the signature dishes. This prompted us to spread the joy into other states, where diners can experience this phenomenon for the first time and come back to us for more.  We are extremely happy to present this festival to our guests in Bangalore and are confident of spreading this delight way beyond its home turf.”