BLOW OUT THE CANDLES! Birthday Bash of DJ SHEIZWOOD

Sameera Reddy and Shahana Goswami celebrate being Limitless with Westside 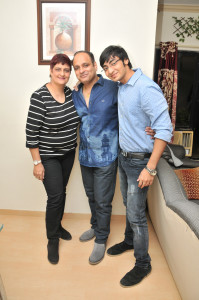 The birthday bash of Dj Sheizwood was a grand affair. It was a flamboyantly 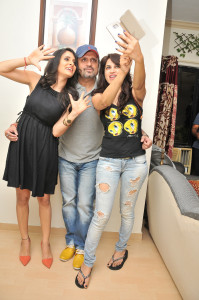 splendid party with glitz, glamour, opulence and loads of love for the birthday boy reflecting from the entire preparations that will were no less than perfect.

A significant chunk of the celebrities and some names from the film arena were seen at the birthday celebrations of Dj Sheizwood including Prashant Virendra Sharma who hosted the bash including, Kumarr, Smita Gondkar, Shweta Khanduri, Geeta Khatri, Harsh Khatri, Sangeeta Vardhan, Jyoti Saxena, Vivek Mishra and others.

The food was a sumptuous layout of the best that can be imagined. It was a magical feast or so it seemed with the most delicious fare laid down in the most luscious manner. The party was a gourmet lover’s delight with a lovely blend of exotic cuisines; it had the best from across the land.

The birthday boy Dj Sheizwood who shined amongst the attendees said “Birthdays are always special. The day becomes further special when you spend the day with your friends and family”