Features the Baazigar of Indian Cricket in their new digital film challenging fans to play games on the platform.

New Delhi, June 29: BalleBaazi, the one stop Fantasy Gaming platform for all sports ranging from Cricket to Football, Kabaddi, Baseball and even Basketball, launches its new campaign – ‘#DumHaiTohYahanKhel’ with Brand Ambassador and former Indian Cricketer – Yuvraj Singh.  The platform has released a brand-new digital film that features the Baazigar of Indian cricket, making his way back into the practice nets.

Focused on reviving India’s passion for sports through fantasy gaming, the video sees the cricket icon motivating avid fans to join him and play alongside him on BalleBaazi.com. The campaign comes at a time when most sports leagues worldwide resume action, albeit with stadiums filled with poster cut-outs of fans with audiences cheering on players from the safety of their homes.

To recreate the feel of a live sports experience, the campaign urges fans to support their teams through the app with vigour, and demonstrate that India is raring to bounce back from adversity making the most of the new normal. Taking inspiration from Yuvraj Singh’s fighting spirit and zeal to survive in every situation, the campaign challenges everyone to showcase their skill, passion, knowledge, and compete on the platform while striving for victory as they enjoy their favourite sports.

Sharing his excitement, Brand Ambassador, Yuvraj Singh said, “I am delighted to be back on the field but with a twist this time. I am thankful to BalleBaazi to bring back the sheer emotion of playing through their platform and it was great shooting the film as well. It took me back to the days of my practice sessions and I am sure it will motivate the fans to join in on this movement of #DumHaiTohYahanKhel.”

Speaking on the campaign and the new digital film which has garnered close to 10 Lakh views, Mr. Saurabh Chopra, CEO of BalleBaazi.com said, “Right from the time we entered the market, our goal has been to provide the best fantasy sports experience to our audience. We believe that BalleBaazi.com has become even more relevant considering the current environment we operate in and how the consumers are getting attracted to the online gaming platforms. Through this new campaign, we believe we can help provide more avenues for the fans to enjoy, watch and play their favourite sports. With #Playerfirst as our guiding principle, we make sure our users have the smoothest, fun & credible gaming experience while keeping their competitive spirit alive with our huge prize pool and the widest variety of leagues. With every game, we aim to celebrate and connect the individual spirit of competition and reward with the collective emotion of the game.”

“We are proud to have Yuvraj Singh feature in our new film who has yet again shown his fighting spirit and a versatile sporting persona choosing to play beyond his forte. He is the perfect example of how one should charge ahead in life even in difficult times and urges our audience to follow him in doing the same on BalleBaazi.com and become a real Baazigar”, he further added.

The simple yet powerful digital film has been conceptualized by Edelman India.

Talking about the film, Ashutosh Munshi, Executive Vice President, Head – Brand Practice, Edelman India explained, “This is the first time cricket has come to a complete halt in a country where the sport is religion, depriving millions of their chance to pursue their passion. We are delighted that BalleBaazi saw this as a chance to play a larger role in people’s lives, rather than a time to hold back. If there is one thing we know about fans, it is that they want to be participants, not just spectators. With ‘Dum Hai Toh Yahan Khel’ with Yuvraj Singh, we believe BalleBaazi can earn attention and drive engagement by leveraging fans’ passion in a way that helps build brand affinity. The results to-date have been overwhelming and we hope to see this fanbase grow.”

Even though the world has been brought to a standstill with major sporting events being cancelled during a worldwide lockdown, BalleBaazi who has been inspired by Yuvraj’s grit to overcome obstacles in his life emulated his fighting spirit through their collaboration with a NGO – GiveIndia – and helped the underprivileged with meals and safety masks to fight their battles against the pandemic. The campaign is still underway and has fed around 12,000 people across the country.

The film, which has seen close to 1 million views, opens with Yuvraj Singh making his way back to his true home, the cricket field. It evokes the competitive spirit amongst sports fans as their favorite cricketer is depicted working hard and sweating it out on the practice field. The campaign film ignites every sports lover’s passion for success as Yuvi dials back to the time when he used to entertain the audience with his flawless skills with the bat in his hand. It talks about how he never gives up, still plays, and even goes beyond his forte, to win. It ends with him posing a challenge to his fans – “Dum Hai Toh Yahan Khel” and to come join him on the platform to test their skills against him and many others battling it out on BalleBaazi.com. 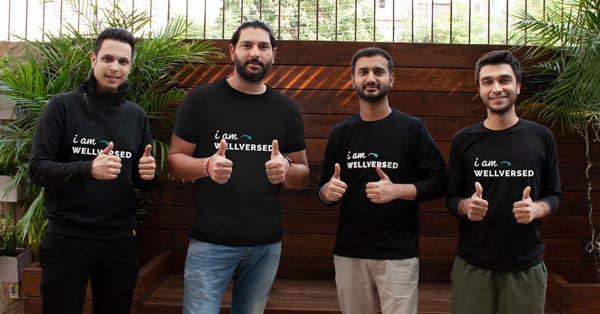 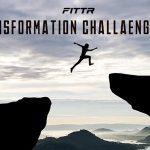