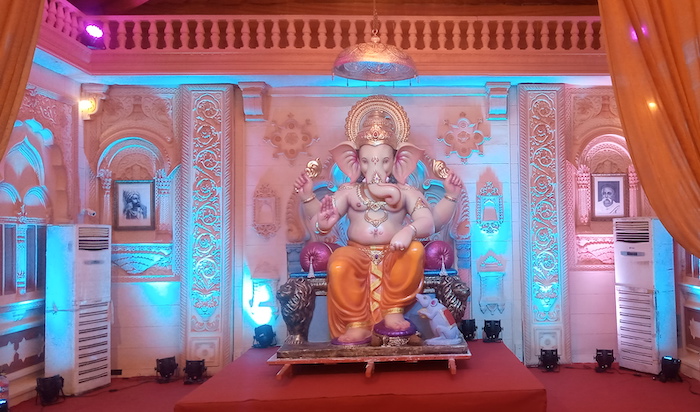 Elaborate arrangements have been meticulously made out for over 3 Lakh visitors coming here for Darshan and blessings. The whole event is insured for 7.6 Crores and safety arrangements are being monitored by the Police Department, Fire Department Traffic Police and event ATS of Mumbai. Precautions have been taken for every kind of eventuality. Cameras will be monitoring all the people and will be manned round the clock.

It is believed that when any person regardless of his caste or creed prays to Andhericha Raja, and makes any kind of offering, his wishes are fulfilled provided he/she has the belief and gratitude in heart and compassion for all living beings. 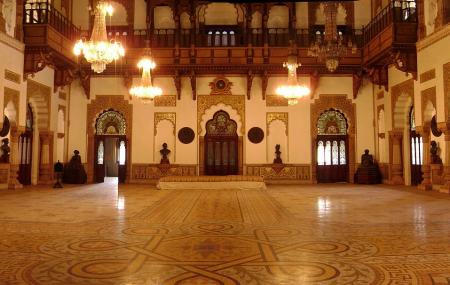 Andhericha Raja founded in 1966 is one of the oldest and most popular pandals in suburban Mumbai, it is also known as Navsala Pavnara Andhericha Raja. This year it is set in the theme of  Laxmi Vilas Palace of Gujarat which was built by Maharaja Sayaji Rao III in the 19th century. The palace is four times bigger than the Buckingham Palace and still serves as the residence of the royal family.

Andhericha Raja Ganesh utsav was started by Azad Nagar Sarvajanik Utsav Samitee was established way back in the year 1966, by the blue collared workers of golden Tobacco company, Tata Special Steel and Excel Industries Ltd, who moved from the Lalbaug. Parel bastion and settled in Andheri west, Azad Nagar M.H.B Colony, closer to their factories in which they worked. M.K. Menon, Tukaram Salaskar, Vasudev Kasalkar, etc. were the founder members of this Ganeshotsav.

Earlier the life like sculpture of Shri Ganesha was immersed on Anant Chaturdashi day along with the smaller version (Pooja idol), this was only in 1975 when the existing Chairman of Samitee Shri Appa Khanvilkar whose wish was fulfilled by this Shri Ganpati, the Ganpati came to be known as “Navasala Pavnara Ganpati” (wish fulfilling Ganesha) who was also later known as”Andheri Cha Raja”(King of Andheri) by the entire Mumbai, this life like sculpture from thereafter was immersed on “Sankashti Day” which comes after “Ananta Chaturdashi”.