After nearly 10 years, Sushmita and Lalit Modi's affair is blooming - is it wedding bells 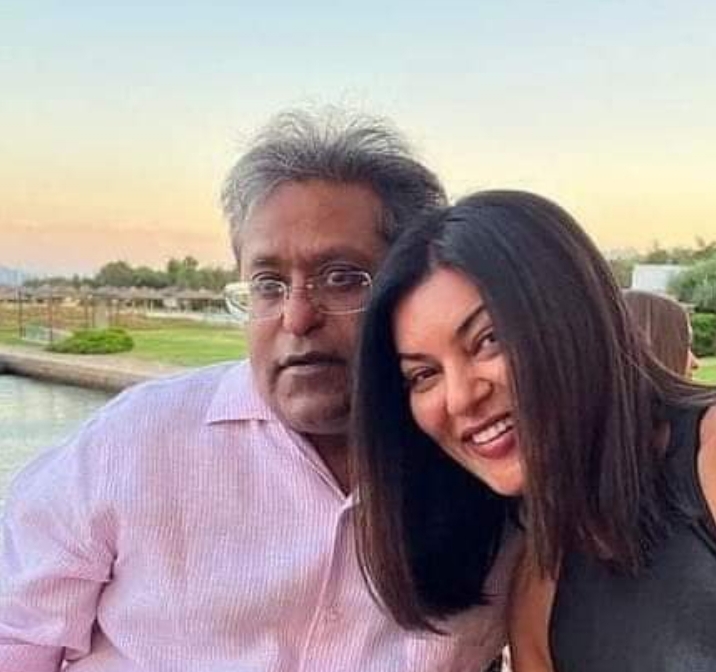 Lalit Modi has confirmed that he is dating when he tweeted “new beginning” with Sushmita Sen – an actor and winner of Miss Universe 1994 pageant. In fact Lalit Modi who is known for being the founder, first Chairman and Commissioner of the Indian Premier League, had tweeted in 2013 where he had asked for a reply from Sushmita Sen while tagging her.

Mr Modi has shard screenshot of a conversation with the former Miss Universe. Going by the image, to Mr Modi’s “Okay, I commit” message Sushmita Sen had replied, “You are too kind. However, promises are meant to be broken…Commitments are honoured. Cheers love. Here’s to 47.”

After seeing the chat’s screenshot on Twitter, Sushmita Sen wrote, “Gotcha 47.” and in a follow-up tweet, he said, “Sushmita Sen, reply to my SMS.”

Lalit Modi made his relationship official with Sushmita with a bunch of mushy pictures from their recently concluded “global tour”.  The album also has a throwback image with his late wife Minal Modi and Sushmita Sen.

Just back in London after a whirling global tour of the Maldives and Sardinia with the families – not to mention my better-looking partner Sushmita Sen – a new beginning a new life finally. Over the moon. In love does not mean marriage yet. But one that for sure.

‘On Twitter: Lalit Modi declares that he is dating Sushmita Sen, calls her ‘my better half’