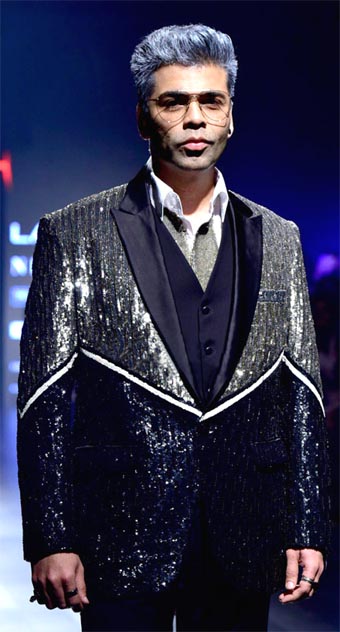 Karan has always been known as a celebrity with a good style sense. On May 5, Karan posted an image of himself and claimed that he is now available for father roles.

In the image shared where he spotted a new grey hair lockdown look, Karan commented that his acting career has been scarier and he hopes for a second chance.

Industry friends were then seen supporting, and some even taking a fun dig at him. Right from Ekta Kapoor, Farah Khan, Vishal Dadlani, Shilpa Shetty, Anil Kapoor, there was a lot of social media conversations within the industry people. While some of them supported him, some even going to the extent of offering him father roles.

Post this, he has been hinting to his friends about his plans to look younger, said a source close to Karan. According to this source, Karan has revealed that he would be experimenting something during his birthday week but refused to reveal further details on this.

Surprisingly, since this, the blockbuster movie director is visibly missing in action. While he is posting videos and images of his children on Instagram, he is not very visible in any of those posts. This is more surprising since Karan is never been camera shy.

So, is Karan having double thoughts after being offered father roles? Is he doing something to look young? This has led to rumour mills work overtime figuring what exactly is in store. May be we will have to wait for his birthday week to get more deets.

Carter’s W.A.R. to be showcased on Discovery and Discovery Plus, highlights the truth behind human-wildlife conflict in Africa