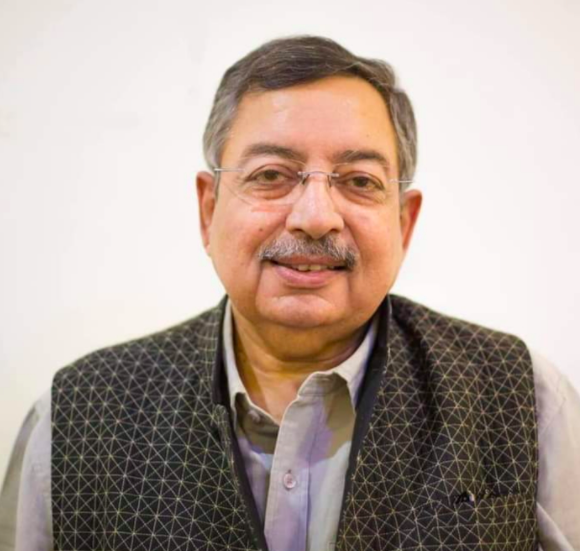 4th December 2021 : Today was a sad day in the journalism sector, the firebrand journalist Mr. Vinod Dua who was fearless enough to bring out the truth without fear of backlash from people in power, is no more. He had contracted COVID-19 and was admitted to the intensive care unit when his condition deteriorated last week. The cremation will take place on December 5 at the Lodhi crematorium, his family said.

“He is now with our mom, his beloved wife Chinna in heaven where they will continue to sing, cook, travel and drive each other up the wall,” His daughter Mallika Dua wrote on her Instagram post.

Many celebrities such as Vicky Kaushal, Dia Mirza, Shweta Bachchan, Aditi Rao Hydari, Farhan Akhtar, Zoya Akhtar, Tahira Kashyap, Maanvi Gagroo, Prajakta Kohli and many more, took to the comments section of Mallika’s Instagram post to shower love on her and extend support to her as she grieves her father’s demise.

Mr. Dua started his career in 1975  however his stint with current affairs started from 1981 to 1984 when he was the anchor of ‘Aap Ke Liye’, a Sunday morning family show, and along with Prannoy Roy, co-anchored the election analysis on Doordarshan in 1984. This gave his career a boost, as it bagged him the chance to anchor election analysis program for several other television channels.

He also anchored Janvani (People’s Voice), a show where common people had got the opportunity to directly question the ministers, in 1985. This show was first of its kind. Vinod joined TV Today, a venture of India Today Group, as its chief producer in 1987.

To produce the shows based on current affairs, budget analysis, and documentary films, he launched his production company, The Communication Group, in 1988. Vinod anchored the show Chakravyuha, the channel Zee TV, in 1992. Between 1992 and 1996, he was the producer of a weekly current affairs magazine, Parakh, which was telecast on Doordarshan.

In 1996, he became the first electronic media journalist to be bestowed with the esteemed Ramnath Goenka Award for excellence in the field of journalism. Vinod was an anchor for the show ‘Tasveer-e-Hind, which was aired on Doordarshan’s cerebral channel, DD3 Media. He served as an anchor for the channel between 1997 and 1998. In March 1998, Vinod Dua anchored the Sony Entertainment Channel’s show, ‘Chunav Chunauti.

He anchored Jan Gan Man Ki Baat for The Wire Hindi. The show is a 10-minute current affairs program which telecast on The Wire’s website where he often took a critical stand of the government led by PM Narendra Modi, and supported his challenges with facts and numbers.

He was one of the few journalists who had an inherent hatred for Modi and he could spew venom for anything that Modi government would do. He was a prominent face of lutyens’ Delhi.  In September 2020, he called quarantine centres  as detention centres and justified attacks on doctors by a particular community. In June 2020, he urged the people of India to take inspiration from the US riots and replicate them in India. In April 2020, he compared police personnel to ‘Jallads.’ Today his daughter has taken up the baton from her father. Mallika Dua is no less, she had called for the death of PM Modi’s followers in an interview.

Vinod Dua and his wife, radiologist Padmavati ‘Chinna’ Dua, were admitted to a hospital in Gurgaon during the second wave of the pandemic. While his wife succumbed to the contagion, the veteran journalist has been battling the complications and is in and out of hospitals since June 2021 due to his frail heath.