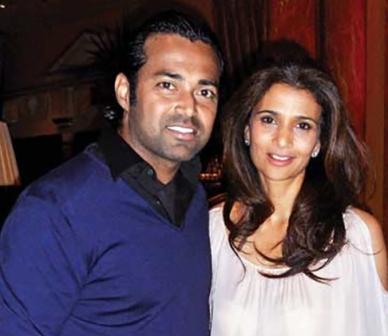 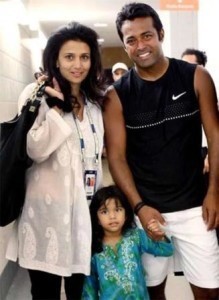 In the ongoing Rhea Pillai v/s Leander Paes Domestic Violence proceedings before the Magistrates Court, Bandra. Rhea Pillai has moved an application seeking production of Leander Paes passport and relevant documents. The pleading before the Domestic Violence court state that Rhea Pillai was mentioned in the column of “ Name of Spouse” in Leander Paes earlier Indian Passport issued on 19th February 2008 expiring on 18th February 2018. In an interesting twist of affairs, Leander got a new passport issued in 2014 in the USA stating that he lost his passport in March 2014 whilst he was in the USA. The new passport issued in 2014 knocked of Rhea Pillai’s name from the column of the spouse. When questioned about the discrepancy of personal details, Leander’s spokes person stated that “ it was an administrative lapse by the passport officials”. The Regional Passport Officer rubbished this and went on record stating that “ the details in a passport are based on data provided by the applicant…. Without proof , we don’t put such details in an important document like a passport”
Interestingly on the subject of Leander’s loss of old passport in the USA , the deputy passport officer at the RPO when contacted stated that “We have not received any information about loss of Paes’s passport. Even if it was lost in the US and he was issued a travel document or another passport by the Indian Embassy there, we would have been informed and we would have updated our records.”
In her application Rhea Pillai has also sought production of the complaint and other relevant documents reporting the purported loss of Paes’s passport in the US.
As part of the pleadings, Rhea Pillai has submitted cogent evidence in the nature of Bank statements, receipts and payment slips to Court to show the money spent from her bank accounts on the shared household and the amounts borrowed by Leander Paes from her all which runs into crores and till date has not been returned. It turns out that Leander Paes conveniently made her pay for the shared household and the child’s medical and educational expenses and he has also borrowed money from Rhea for his own expenses which she is rightfully claiming in the proceedings before the Magistrate. Leander Paes in his reply filed before the Magistrate’s court hearing the Domestic Violence matter has stated that he has very meagre savings.
Related Topics:Leander PaesRhea Pillai
Up Next

Hrithik’s complaint against Kangana is back in focus