THE INAUGURAL DAY OF THE 2-DAY SEMINAR, CINE TALKIES 2022 ENDED ON AN APPLAUDING NOTE

PEPSI®️ RAISES TEMPERATURES THIS SUMMER WITH THE BIGGEST MUSICAL BLOCKBUSTER

Liam Neeson and Monica Bellucci’s upcoming action thriller “Memory” will keep you on the edge, releasing on 29th April 2022 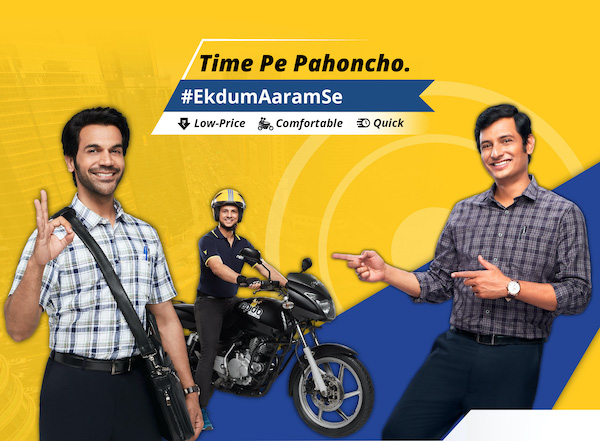 After the success of their recent previous campaigns, Rapido now launches #EkdumAaramSe

Mumbai, April 25, 2022: Rapido, India’s largest bike-taxi platform, extend its spree with  launch of its IPL campaign called, “EkdumAaram Se” (#EkdumAaramSe) with Raj Kumar Rao and Jiiva from April 19, 2022. Post the uber success of the first phase of the star-studded campaign , the second phase focuses on imparting awareness among intra-city travellers on Rapido’s services that are Low-priced, Quick and Comfortable. The ads aim to improve daily commuting and enhance Rapido’s brand awareness in India.

The latest ads showcase a film each for Hindi Speaking Market (HSM) with Raj Kumar Rao in Hindi and Bengali and Non-Hindi Speaking Market (Non-HSM) featuring Jiiva in Tamil and Telugu. The entertaining and engaging ads have been directed by Amar Kaushik and produced by Magix Engage and Dream Vault Media House, with Enormous Brands as the Creative Agency. The Integrated Marketing Campaign would be released across channels such as TV (IPL and Surround), Digital, OOH, for audiences in Metros, Tier 1, and Tier 2 cities.

Commenting on the second phase, Amit Verma, Head of Marketing, Rapido, said, “The latest ads have been devised to establish Rapido as an alternative mode of transport in India, that is Low-priced, Quick and Comfortable mode of traveling. We received an overwhelming response for our first campaign and have launched the next phase featuring two more crowd favorites – Raj Kumar Rao and Jiiva. We will keep the momentum going by launching further phases during the IPL. With two new teams introduced this season, the competition is expected to become more intense and, thus, will generate higher viewership than usual.”

Raj Kumar Rao plays a regular office goer called Rastogi, while Jiiva plays Sundar, an employee. Both these characters reap the benefits of reaching office early, whilst saving money using Rapido’s bike-taxis. These real-life characters are also expected to resonate and strike the cord with the audience.

Cricket is considered a religion in India and IPL, being the most interesting and entertaining league, has amassed its set of followers with time, which is bounding northwards every season. Having a similar target audience, Rapido is looking to leverage the renowned cricket league to educate the masses about its offerings through the surround and immersive ad campaigns.