Mumbai, October 13, 2022: Nho Saigon, an all-day Vietnamese bistro in the heart of Mumbai’s commercial district of BKC, is set to celebrate its first anniversary.

Extensively featuring Vietnamese classics and sub-cuisines that formed after the French War, Nho Saigon was launched by the trio of Yagyarth Meiwal, Nalin Jain and Shaurya Malwa under the their craft mead and restaurant startup Origin. Their aim is to challenge the city’s typical, cookie-cutter restaurant approach with high-quality, single-cuisine menus.

Talking about the success of Nho Saigon, Shaurya Malwa, Co-founder, Origin Restaurants said “Nho Saigon is the first leg of our journey into introducing Mumbai to a fresh palette. From launching Asia’s first mead taproom to bringing in unique delicacies from the lanes of Vietnam, we aim to continue the good work and keep curating inspiring experiences for our guests.” 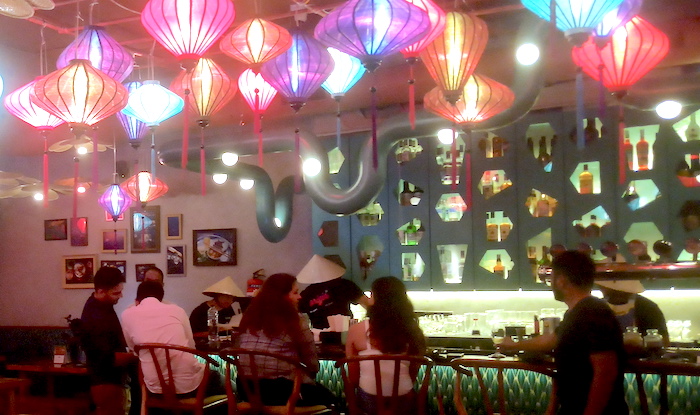 As a part of its anniversary celebrations, Nho Saigon will present the “Lantern Festival” from October 14th to October 23rd, 2022.

Due to Vietnam’s strong Buddhist heritage, the full moon has always been seen as a significant moment in the lunar month. The specific lantern tradition in Hoi An Lantern Festival originated during the 16th and 17th centuries when the port city was a significant trading hub. Hoi An was crowded with traders from all over the world, including Japanese traders who had brought variously shaped lanterns to hang in front of their homes. In a similar effort to bring luck to their homes, the locals started to imitate this.

With a one-of-its-kind experience, Nho Saigon invites you to grace the festival with your presence. Swing by for a wholesome dining experience with some marvellous dishes, entertainment, and a story to accompany each one.

The special menu for Lantern Festival includes Vietnamese delicacies like Banh Cuon, Tamarind Prawns, and Sweet & Sour Pineapple Tofu. In desserts, one must not miss out on Lop Hanoi and Coconut Ice Cream with Pureed Avocado.

The festival will also be graced by the presence of Mr. Duong Duc Anh, Vice Consulate from the Vietnamese Embassy alongside other celebrities and influencers.