Hansa Raghavani, a mother turned beautician’s Victorious fight against Cancer despite the removal of 6 organs 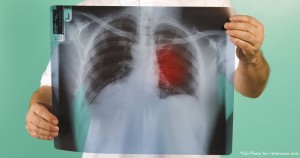 India, July 1, 2016 – There is an increased risk of developing heart disease due to daily air pollution exposure which is highlighted in several new studies, reports Blueair, a global leader in mobile indoor air cleaning technologies.
“The latest findings firmly underline the cradle-to-grave threats to human health and wellness by air pollution, both inside our homes and workspaces and outside on the street,” said Bengt Rittri, CEO of Blueair, the company he founded twenty years ago.
A study published in May in the Endocrine Society’s Journal of Clinical Endocrinology & Metabolism concluded that exposure to air pollution can worsen blood sugar levels, cholesterol and other risk factors for heart disease. The study looked at the effects of air pollution exposure on 73,117 adults living in southern Israel based on an analysis of 600,000 blood samples taken from those studied.
The study’s senior author, Victor Novack, MD, PhD, of Soroka University Medical Center and Ben-Gurion University in Beer Sheva, Israel, said that while air pollution is linked with relatively small changes in cardiometabolic risk factors, the ‘continuous nature of exposure and the number of people affected gives us cause for concern’.
The health consequences of breathing polluted indoor air are also underscored in a recent survey conducted by Artemis Hospital under the Clean Air India Movement. The survey highlights the relation between indoor air quality and lung health. Due to unhealthy indoor air quality, about 31 percent of the respondents had some kind of airway disease and 46 per cent people were found to have symptoms suggesting a respiratory disease.
The researcher’s also said exposure to bad indoor air quality specifically increased the risk of cardiovascular death by 11 percent and clot-caused heart disease by 14 percent.
“The scientific evidence detailing how polluted air over a lifetime contributes to heart disease and other threats to our wellbeing is extensive, but we are not powerless. While we are unable to improve the air outside, we can take proactive, individual steps to head off airborne pollutants to create safer indoor environments by investing in indoor air purifiers such as those from Blueair that remove contaminants,” said Bengt Rittri.