Mumbai: The Entertainment industry has found a new channel in spreading social message through short films and digital media has help to a great extend in spreading the message to every corner of the globe.

“My Daughter” a classic short film produced by “Chilsag Entertainment Network”written and directed by National Award winnerShri. Sachin Guptais based on Father – Daughter relationship that will answer some of the most complicated male ego related issues prevailing in our society. The story unfolds some of the facts of women expressions that are supressed, even in today’s society. The age old male domination factor that was prevalent in the past is still seen as a hurdle for bringing equality for both genders in the society. Most of the newspa 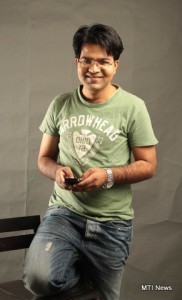 pers front page news in India gives ample proof of many such incidents that needs to be addressed from a psychological perspective to understand the root cause of the problem.

The film’s National Award winning director Shri. Sachin Gupta, is known in the Entertainment Industry for subject driven content and compelling themes, he also has to his credit two most successful and highly appreciated feature films “Parathe wali gulli” and “ThodaluftthodaIshq”.

“Chilsag Entertainment Network”which is more than a decade old production house is the brain-child of Shri. Sachin Gupta a National Award winner. It operates a diversified portfolio in the world of Cinema & Performing arts. “Chilsag Entertainment Network” in its 14 years of existence has produced 18 original plays, Eight Feature films and many short films & Web Episodes to its credit.