Malaysia Airlines launches Year-End Sale; offers up to 25% off for select destinations 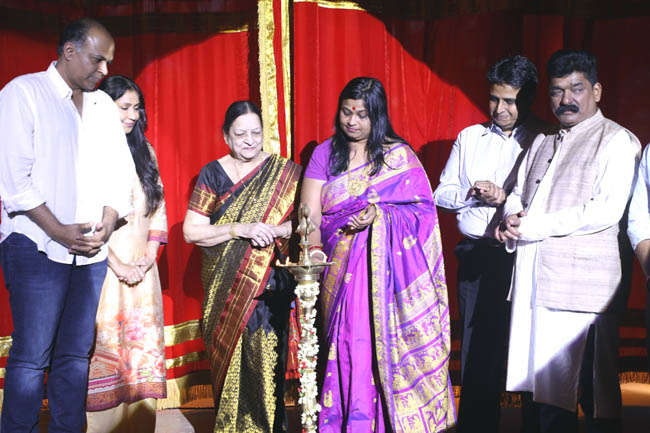 Mumbai, 02nd May 2018: Maharashtra Tourism Development Corporation (MTDC) in association with ND Studios set up a mobile talent street to promote art and culture in the state. A platform where budding artists from different walks of life came and displayed their excellence at ND’s Film World, Karjat. This mobile talent street was organized from 28th April 2018 to 1st May 2018 which was part of the mega-event, “Maha Filmotsav.”

The four-day festival started with performance by well-known music composer and singer, Avadhoot Gupte.The succeeding three days witnessed performances by Manasi Naik, the well-known Marathi Film actress along with mesmerizing performances by dance groups from ND Studios. On 30th April, a special homage was offered to Dadasaheb Phalke, the ‘Father of the Indian Cinema’ on account of his 148th birth anniversary. The closing ceremony witnessed performance by famous singer, Aadarsh Shinde on 1st May, 2018. These performances were organized on a gigantic stage along with hydraulics features and 90 ft. LED screen. The visitors were enthralled by 7D ride, first of its kind in the country which helped the visitors experience different tourist hotspots in the country.

Shri Vijay Waghmare, Managing Director, Maharashtra Tourism Development Corporation said, “Maharashtra is a house to hidden talents and aspiring artists with prodigious potential having desire to perform. This platform has helped these emerging artists showcase their talent and boost their confidence. It has also provided attractions related to Bollywood Tourism which was much needed.”

Smt. Swati Kale, General Manager, Maharashtra Tourism Development Corporation said, “I would like to thank Shri Nitin Chandrakant Desai for offering a platform to budding artists. It’s a great honour for us and the artists that we were able to set up this mobile talent street at ND Studios. The Maha Filmotsav being a great event was enjoyed by the spectators as we learnt many aspects of movie making. I am sure that the visitors would love to visit the theme park as it would be a whole new experience to enjoy Bollywood Tourism.”

Shri Nitin Chandrakant Desai, veteran art director and production designer said, “This four-day festival which was celebrated, was a grand success. It not only gave exposure to fresh talent across all spectrums but also celebrated the true spirit of Indian Cinema that has maintained its admiration by the vast audience of this country over the decade. We were happy to be the host of this remarkable one of a kind event that gave us the opportunity to honour industry legends like Dadasaheb Phalke. I am grateful and deeply honoured to be associated with MTDC for their heartfelt support and efforts towards this initiative. I am looking forward to many more ventures in the future and showcasing many more talents.”

Tourism is one of the fastest growing sectors in the state, which generates substantial foreign exchange and has culminated in significant employment prospects. Maharashtra Tourism Development Corporation (MTDC) was established with the aim of promoting tourism in the state. Since its foundation, MTDC has been at the forefront of development and maintenance of various tourist sites and at present owns and maintains resorts in these regions. To aide tourists, MTDC has opened information centres at all popular destination, which provide travel information about various tourist spots in Maharashtra along with travel maps, Maharashtra tourism guides and travel books at affordable prices. Maharashtra is one of the most popular tourist destinations in India offering a diverse range of experiences from pristine beaches, wildlife sanctuaries, hill stations, natural caves, waterfalls, to imposing forts, colourful festivals, ancient pilgrimage shrines, museums, and historical monuments. For further details, please visit: http://www.maharashtratourism.gov.in/

ND’s Art World Pvt Limited was started in 2002 by the veteran production designer, Shri. Nitin Chandrakant Desai to create a foothold in the entertainment industry. Shri. Desai started his career as an art director in TV serials and then moved on to movies.  He worked on a variety of films winning many national awards for his early work. In 2005, he started ND a film and television production studio, established in suburbs of Mumbai – Karjat (NAINA-MMR – MSRDC) (a 30-minute drive from the proposed Navi Mumbai airport). At ND studios, he has created a place where there are no restrictions for Art to flourish. The studio offers a unique proposition as it provides services for all stages of Film production, from the initial stage of Storyboarding to the final stage of post-production. As Nitin Desai started out as a Production designer, he believes in giving attention to every detail of his design, in a similar way he believes that every production-taking place in ND Studios should have minute attention to detail and he wants to guide artists to make the film that they want to make. ND’s Art World has the vision to intersect tourism and media & entertainment industry through India’s first and only entertainment theme park in Karjat (NAINA-MMR –MSRDC), an hour away from Mumbai and Pune. ND Theme Park is the perfect weekend getaway, which allows the visitors to fulfil their Filmy wishes and promote Bollywood tourism.