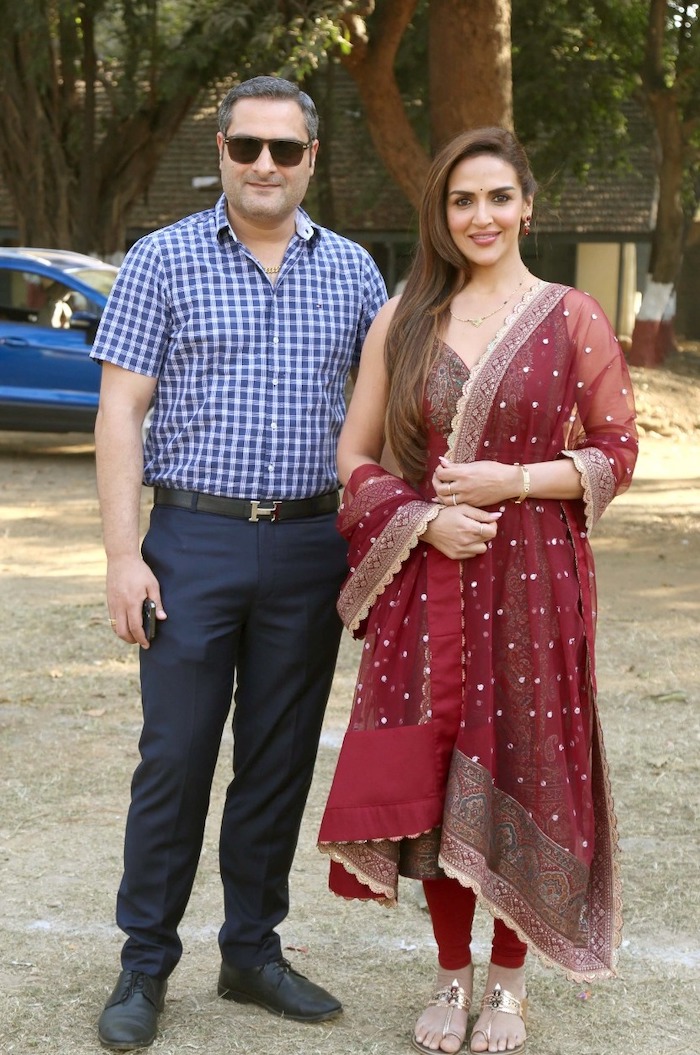 Esha Deol Takhtani’s last project was her successful on-screen debut in the OTT space for Ajay Devgn’s web show ‘Rudra: The Edge of Darkness’. The actress is now back on the big screen with an untitled film starring Amit Sadh ,Tigmanshu Dhulia, Seema Biswas and Milind Gunaji.

Earlier the ‘Sultan’ actor took to his Instagram by sharing his first look from the film. While Amit will essay the role of an encounter specialist, he will be seen opposite Esha Deol for the first time. The ‘Dhoom’ actress is already excited about the film, and she could not stop but praise Amit’s outstanding talent.

Moreover, the actress is overwhelmed with her role in the flick. She said, “My role in the film caters to the growth of women in life. It conveys a strong yet simple message that a woman can achieve the unimaginable. My character wonderfully depicts how a woman discovers herself and excels in life.”

In addition, Esha Deol Takhtani was all praises for the ‘Kai Po Che!’ actor. Calling him a brilliant performer, Esha revealed that she considers Amit in the newer bunch of actors. “I made my comeback with Ajay Devgn’s web show ‘Rudra’, and I am also working on a project with Suniel Shetty. Having worked with both these actors in the past on multiple projects, there’s been a certain level of comfort. Now, as I work with Amit, it is a new experience as he is from the newer lot of actors”, Esha added.

Produced by Pradeep Rangwani, ‘Production No- 4 ‘ is written and directed by Sachin Saraf. The film is made under the banner of UV Films. The filmmaker has had a fruitful association with the Deol family. Saraf was an assistant to Anil Sharma who has worked on several projects with Deols. On a concluding note, Esha stated, “I am loving the shoot and the experience is seamless. Sachin Saraf has been a passionate director. I wish him lots of luck in his future endeavours.”