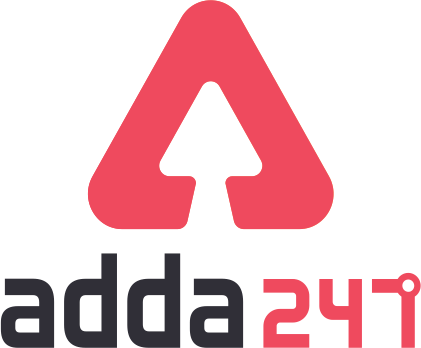 Mumbai, 17th July 2020: The outbreak of the novel coronavirus has transformed the job scenario in India. A lot of working professionals have lost their jobs and many more are suffering from job uncertainties. This has led to a salient increase in the demand for Government jobs with 82.33% professionals opting for government jobs due to the higher Job Security, followed by salary and other perks as revealed in the ‘State of Government Jobs during the pandemic’- a detailed study undertaken by Adda247, the nation’s foremost state of the art test preparation platform for competitive Government tests, JEE, NEET and Defense examination. The study highlights the major changes witnessed in the employment preference of the people dwelling in urban areas in the wake of the virulent pandemic.

As the foremost purveyors of the finest online learning and training model for countless job aspirants, the Adda247 platform discovered a substantial increase in its onsite traffic by 27.28% of which 72.30 % were male participants while 27.70% were female. The study was conducted across India which revealed that the highest demand for government jobs was witnessed in Delhi at 11.04% while interestingly enough the second highest margin of 11.03% was observed in the non metro city of Patna. This illustrates the heightened demand for government jobs owing to the higher job security that they provide. It also indicates the technological empowerment and social awareness rising in non-metro cities.

The metro cities as a collective whole recorded only about 34% of the demand while the non metro cities garnered a 66%. This reflects the massive migration of professionals who were working in the metropolitan hubs but had to return to their hometowns once the pandemic struck. The remarkably high demand figures seen in the non metropolitan cities due to the imminent migration is a testimony to the fact that government jobs are truly considered more secure than the private ones.The most emphatic data which was advanced by the study cemented the fact that an overwhelming 82.33% of the total test participants stood partial to government jobs due to the increased job security followed by 5% who sought government employment for salary benefits while 2.77 % subscribed to the same for other perks as the current post–pandemic climate has resulted in countless professionals getting waylaid or backtracked due to the massive disruptions in the business economy

While 64.77 % people stood preference for both national as well as state level examinations, the national level government exams continue to be preferred over state level ones as 28.78% of the surveyed group opting for the same while 6.45% settled for state level tests. Also 80.33% section of the surveyed lot which had finished its educational pursuits as compared to those 19.67 who were still embroiled in academics.

Commenting on the revelations of this extensive study, Anil Nagar, CEO and Co-Founder,Adda247 said “The seminal concept behind undertaking this rigorous study was to assess and analyze the numerous developments that emerged once the lockdown was induced. The lockdown proved to be a dire period for the working class as countless workers and professionals witnessed pay-cuts or even worse, job-slashes. There were others who lived in the imminent fear of the post-lockdown job termination. With naturally the private corporate sector unfolding as a source of mental duress for a sizeable portion of people, the turn of events saw an inevitable shift in the tendency of the working-class consciousness. As more and more individuals became inclined towards securing government jobs and positions due to the heightened job security, stability and the various incentives that they offer, the study indicated that the non-metro cities and tier-2 and tier-3 towns observed a much greater demand for government jobs than their metropolitan compatriots. The single most crucial reason behind this substantial shift was the massive migration of the masses from their urban work-centers back towards their rural hometowns and villages. We at Adda247, one of the country’s foremost and finest online learning and innovation-charged edutech platforms that specializes in preparing students for competitive government exams is quite cognizant of the fact that there is an amplified need to extend the various state of the art and deeply astute preparatory and learning material to the millions of students and applicants who are buckling up for these examinations.  We are deeply honored to present the most excellent and cutting-edge learning expertise and virtual know-how regarding the various methods and techniques required for acing these examinations to a vast number of students who are readying themselves for these tests.”

Also 83.40% of the surveyed group affirmed English as their preferred choice of language followed by 11.40% who opted for Hindi and 5.20% who selected their regional language as the chosen linguistic medium. With this regard Adda247 is providing both national and state level test material in English, Hindi as well as the regional languages to extend the benefits of their edutech initiatives to one and all.

The partnership will help deliver learning in digital skills and technologies  Access to over 1,000 hours of free eLearning, …

85.1% of the survey respondents said that they have learned new skills from their parents while staying home Mumbai, July 29, …

ConveGenius launches #EdtechforNayaBharat: A campaign to empower education for a rising digital India

The edtech social enterprise aims to provide high-quality education to over 100 million students by 2030   Mumbai- July 28, 2020: ConveGenius, one …