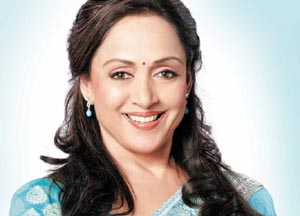 Dream Girl Hema Malini wooed the audience with her beauty and charm during the 70s and 80s. She still gets compliments for the manner in which she maintains her looks even at this age. However, she has been missing from the big screen for the last few years. He has got fully involved with her political and social commitments. Her political career has been a confident one, with her association with BJP crossing almost a decade. Her stint as a Rajya Sabha MP followed by her recent election to the Lok Sabha from Mathura in 2014 has been a positive stint for her.

The city of Mathura is known for its numerous temples and pilgrimages. The citizens of such a religious city will definitely have a lot of expectations from their MP Hema Malini. Her detractors have often accused her of not being from the city and not doing significant for the city. Recently at the debate in Lok Sabha, she stood up for the issues her constituency is facing and presented the problems of the city.

She also shared details of her Lok Sabha address on twitter, ‘Spoke yday on the importance of cleaning up the Yamuna. Highlighted the diseases caused by drinking the impure water in Mathura’

She also tweeted, ‘Spoke today during the debate on the Railway budget.Stressed on the imptance of Mathura as a heritage site&asked for improved rail services’

‘I am presenting regularly the issues tht Mathura is facing&creating an awareness amg parliamentarians-the 1st step towards getting thgs done’ she wrote on Twitter.

The BJP Government has received a lot of flak for the recent bans, censor board issues and black money issues. But Hema Malini has backed her party and defended them by saying, ‘Thgs are moving at least under BJP rule! Govt machinery takes time to implement schemes &parliamentary approval is needed for big budgets.’