Mr. Shakil Birajdar and their father Ibrahim Birajdar wants to live with Mr. Riyaz Birajdar’s wife and his three daughters and does not want Journalist Mr. Riyaz Birajdar to stay at Bellacasa Flat. The meaning of this said wish does not logically acceptable to Mr, Riyaz Birajdar or anyone. Mr. Shakil Birajdar unnecessary spending lots of money and time / with Mr. Riyaz’s wife and his children to gain confidence and take full control over them and win their trust, which also ill- logical. Whereas, he should spend all his salary & time on his self- wife, and daughter, which he is not doing. This entire drama is happening with the support of Mr. Abdul Hamid Shaikh (Baba Shaikh). 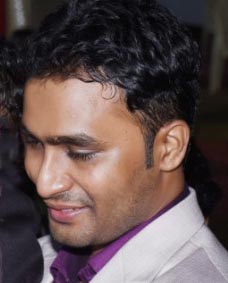 Mr. Abdul Hamid Shaikh (Baba Shaikh) and Shakill Birajdar. Mr. Shafi Shaikh and  Feroz Shaikh, has threatened Mr. Riyaz Birajdar to give divorce to Zeenat Birajdar otherwise with the help of Gundas ” Tera kaam tamam kardengey. Mr. Feroz Shaikh is a man who left the house very next day to his marriage along with her wife and never supported his father, mother and sisters now Feroz say that he will take care of his sister Zeenat and his three daughters, Riyaz shock to know why he is doing so.  Mr. Riyaz Birajdar is very much worried and looking for justice. Mr. Riyaz Birajdar has also made police compliant in D.N Nagar police station.  Now Mr. Riyaz Birajdar is planning to complain against Mr. Shafi Shaikh to Mumbai Port Trust Management and want to request that to put an inquiry on Mr. Shafi Shaikh and kindly now the true facts until then please stop his retirement pension and other benefits.