MSSL which is an auto component major announced a group restructuring where it will demerge its domestic wiring harness business. The stocks of MSSL went down by 5.69% and traded at Rs.97.75

Shares of non-banking firm Muthoot Finance went up by 3.15% and traded at Rs.1143.90. The company’s Board of Directors considered the proposal for the splitting of stocks.

The stocks of Reliance Industries Limited went up by 1.57% and traded at Rs.1788.00 in today’s trading session after the company announced that Intel will invest Rs.1894.50 in Reliance’s Jio Platform acquiring 0.39%stake.

Shares of PTC India Financial Services went up by 1.52% and traded at Rs.13.40 jumped 3% intraday in today’s trading session after SBI sanctioned a term loan-WC augmentation of Rs.300 crore.

Shares of Axis Bank Limited went up by 1.37% and traded at Rs.429.00. The company announced to fully wind down and close its UK-arm Axis Bank UK Limited, a subsidiary of the bank.

Shares of Vedanta Limited went down by 0.28% and traded at Rs.106.10 after the company proposed for voluntary delisting from NSE’s Nifty50 benchmark. HDFC Life Insurance Company will replace Vedanta Limited in the Nifty50 index.

Indian rupee, strengthening to its highest level, ended 32 paise higher at Rs.74.64 against the U.S dollar in today’s trading session amidst buying in the Indian equity market.

Gold traded flat in today’s trading session amid the rising number of coronavirus cases and continued trade tension between China and U.S. 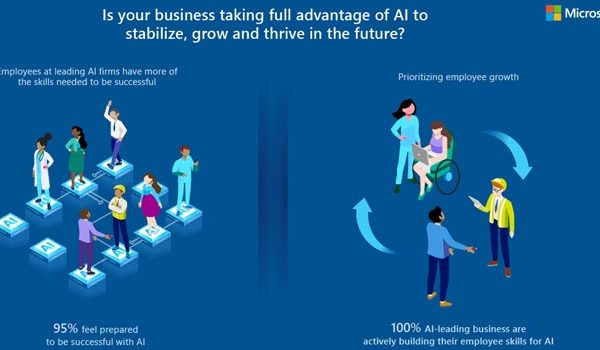 ~Senior executives predict half of all employees will be equipped with AI skills in the next 6-10 years~  New Delhi, …

Flipkart Leap is beginning with a call for entries, starting today, and will identify innovative startups to promote the …