Gold prices increase amid a surge in coronavirus cases worldwide

The prevailing concern of world governments remained set on how to balance the reopening of the economy while maintaining the citizens’ safety and health concerns. Worries over a second resurgent wave of the coronavirus continued to persist and dictate the market.

Last week, Spot Gold prices ended higher by 1.59 percent, as increasing cases were noted in countries like China and the U.S.

The U.S Federal Reserve Officials have warned that unemployment woes will rise in the near future. The uncertainty surrounding the economy, coupled with the rising cases, allowed yellow metal prices to surge.

However, the appreciating U.S Dollar prices made gold more expensive for other currency holders, thus weighing on market sentiments.

Last week, WTI Crude prices ended lower by 4.5 percent as there was an increase in U.S Crude Inventory levels in addition to restrictions on air and road traffic worldwide. As per reports from the Energy Information Administration (EIA), U.S. Crude inventory levels surged by 1.4 million barrels in the week ending on 19th June ’20.

The Organization of Petroleum Exporting Countries(OPEC) is supposed to reach a consensus regarding the continuance of the aggressive production cuts in view of weak global demand for Crude Oil. However, Crude Oil prices recovered slightly as many businesses reopened in Europe, Asia, and in the United States.

Last week base metal prices on the London Metal Exchange (LME) were mixed with copper being the highest gainer in the pack. Positive trade data generated by the largest metal consumer, China, coupled with pragmatic stimulus plans unfurled by central banks around the world, pushed up the prices.

Aluminum and Zinc Inventories on the SHFE dropped over 50 percent and 40 percent from the year’s high recorded in March 2020. This factor helped to counter the falling demand and improved market sentiments.

However, the steadily increasing coronavirus cases led to lockdowns being reimposed in some parts of the world and limited the increase in base metal prices.

LME Copper ended higher by 2 percent amid a massive increase in pandemic-related uncertainty, which raised fears of mine shutdowns in significant export countries.

Moreover, Copper inventories on the Shanghai exchange plunged over 70 percent from this year’s peak reached in early March’20. This was accompanied by steadily increasing imports of unwrought copper by China in the first five months of 2020. Increased imports pointed to the strengthening of demand in the second biggest economy of the world.

It remains to be seen how quickly clinical and human trials of potent medicines and vaccines can be realized in research laboratories. Meanwhile, countries should focus on removing the distresses of the people. 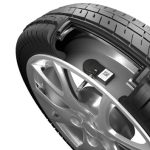